A new CDC report out Wednesday shows that 2,000 Americans died each year from 2006 to 2010 from weather-related causes and, as TIME reported earlier, twice as many Americans died of winter cold compared to summer heat.

While the recent CDC numbers show more weather-related deaths attributed to the cold, the agency says heat-related health problems are concerning—and growing. According to the agency, a good example is Chicago. In 1995, there were 465 heat-related deaths in the city, but from 1999 to 2010, there were 7,415, which averages to 618 deaths a year. Low-income Americans without access to air conditioning—or those who have A/C but can’t afford to run it—are at a particular risk, as are children and the elderly.

This has some scientists concerned. “Previous research shows that extreme heat on average causes more deaths per year than tornadoes, floods, and hurricanes combined” says Olga Wilhelmi, a scientist who studies heat-related illness and climate at the National Center for Atmospheric Research. “Heat-related deaths are a serious concern. When you look at the relationship between human health and extreme heat, it presents very complex medical, social, and environmental issues, and that’s what we’re trying to understand.”

Wilhelmi is studying what combination of factors influence heat-related health problems and death in a given place–primarily focusing on cities. The idea is that by gaining a vast knowledge of who are at the greatest risks and why, local health departments can better protect their residents.Wilhelmi has done a lot of recent work in the city of Houston, looking partly at the number of 911 calls made for heat-related health problems. One of her early findings is that the majority of Houston nights hit heat-stress levels, and that cities may need to consider issuing more alerts and interventions to protect its most vulnerable residents. 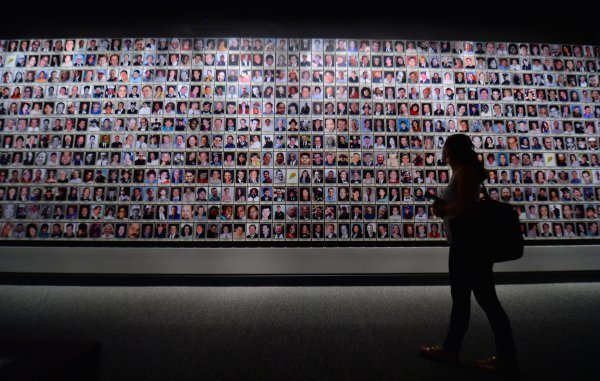 The Link Between 9/11 and Cancer Still Isn't Entirely Clear
Next Up: Editor's Pick