Any time former Alaska Gov. Sarah Palin has a thought, she now can share it with the world, or at least the world of Internet television subscribers willing to pay $9.99 a month or $99.95 a year for Palin’s pearls of wisdom.

The newest platform for Palinisms is brought to us by Tapp, a platform for subscription video channels. Palin is the second channel Tapp has launched, following one for radio relationship guru Steve Arterburn. But while Arterburn usually films his daily shows over a day and a half each week, Palin’s approach is decidedly more Truman-esque — that’s Truman like Jim Carrey’s The Truman Show, not the former President.

Tapp installed dozens of cameras in Palin’s two homes, one in Alaska and another in Arizona, so that any time the mood strikes her, she can flip on a camera virtually anywhere in her house and broadcast. “She’s not on a set. She can just riff and you’re seeing your idol in their natural habitat,” Jon Klein, Tapp co-founder and CEO, tells TIME.

Palin has also gone mobile, shooting video on smartphones “as she’s taking her kids around town,” says Klein. “It’s really front row seat of her life as it unfolds,” he adds.

Klein approached Palin with the idea through her lawyer, Bob Barnett, and he has shouldered all the upfront costs, while he’ll split any profits with Palin. He says he’s already happy with the response to their endeavor, though he declines to “characterize” the number of people who have signed up thus far. Active members of the armed services can sign up for free.

So, what does Palin talk about all day long? “She’s really in to what people post— the comments on her Facebook page, she reads Twitter—and she’s really into the communal aspects of things. She loves crowds; loves engaging. Instead of keeping all the responses to herself or turning to [her husband] Todd Palin, she can flip on the camera and respond.”

And her “super fans,” as Klein calls her subscriber base, can respond as well. A sampling of some of the comments Palin followers have made on her channel:

But Palin’s “super fans” aren’t the only ones who have taken notice. Comedy Central’s Stephen Colbert registered the domain TheSarahPalinChannel.com. Thus far, the site just links to a Colbert show segment on Palin and Paul Revere, but Colbert and his staff have promised to have some fun with Palin and her channel’s footage. Super fans, it seems, come in all different forms. 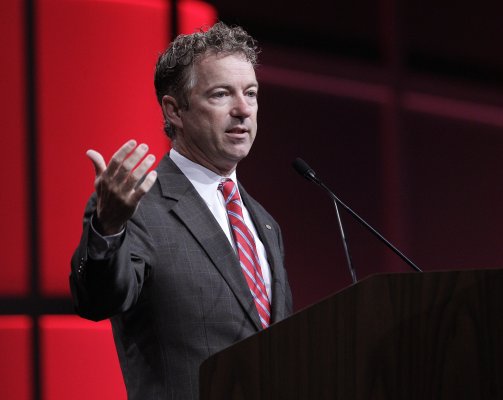 Top Obama Aide: Rand Paul Could Be 2016 Threat
Next Up: Editor's Pick