Joe Lieberman: Obama Administration "Has Gone Off The Track" On Israel

Sen. Joseph Lieberman, I-CT., during a press conference in the Senate Studio in the U.S. Capitol in Washington on December 31, 2012.
Douglas Graham—CQ-Roll Call/Getty Images
By Zeke J Miller

After 24 years representing Connecticut in the Senate, Joe Lieberman left Washington in Jan. 2013 as a man without a party—a Democrat-turned-independent-turned-GOP-endorser.

Speaking to TIME 18 months later, Lieberman is content with his decision to quit the Senate, but still has doubts about Washington’s handling of domestic issues and global crises. “I do feel that the Obama administration has gone off the track in the efforts to broker a ceasefire,” he says, saying that the reported terms of a U.S.-offered agreement would have left Hamas stronger from its ongoing conflict with Israel.

The former Democratic vice presidential nominee said he takes issue with the growing “neo-isolationism” within the Democratic and Republican parties, saying he’s watched the rise of Sen. Rand Paul “with concern.” “The world suffers and the American people suffer eventually both in terms of our security and our prosperity—and ultimately our freedom—if we’re not engaged in problems elsewhere,” he says.

Lieberman said he has yet to make a decision about who to endorse in 2016, after drawing fire from Democrats for his outspoken support for Sen. John McCain over then-Sen. Barack Obama in 2008. But he said he believes former Secretary of State Hillary Clinton would keep the Democratic Party engaged in the world.

Lieberman was recently named the inaugural Joseph Lieberman Chair in Public Policy and Public Service at Yeshiva University where he will deliver lectures and teach in the upcoming academic year. Lieberman says he hopes to convince young people to pursue public service despite the gridlock in Washington.

The following conversation has been lightly condensed and edited:

Looking at the dysfunction in Washington today, are you glad you left Congress? How do you plan on encouraging young people to go into public service in this political climate?

I didn’t leave because of the partisanship and the lack of getting anything done, but it made it a lot easier to leave. I will tell you that my last two years was the least productive of my 24 for me and for the Congress really. And I watch it needless to say from here with a sense of, oh, disappointment, frustration, and in some sense embarrassment because I still feel an identity with the institution. And I know how important it is that it gets some problems solved.

Notwithstanding all of that, or maybe in some sense because of all the dysfunction in the federal government and government generally, but the federal government particularly, people like me have to try to convince students that it’s worth getting involved and that they can still make a difference and maybe together with others of like mind and heart they can actually change things for the better. I look back on my years in public service with a lot of gratitude for the various things that I was able to do. Part of my message to the students at YU is going to be I never got, honestly, anything significant done without the support of people in the Republican Party. In other words, I never felt that I could do it alone as a Democrat, and obviously in my last term as an independent I needed support of people in both parties. It’s all about a willingness to put—as formalistic as it sounds—to put the interests of country ahead of the interests of party or ideology.

How do you view the turmoil in the world today and the American response, particularly to the conflict in Gaza?

These events have occurred of their own momentum. They have a life of their own. On the other hand, I’m afraid that the U.S. has sent a message that we’re going to be less engaged in the world than we have been at other times in our history and I’m afraid that encourages some others to try to take advantage of us and our allies. It’s not just President Obama and the U.S. government, I think in many ways it’s the Europeans as well. And I’m afraid that may have encouraged Putin to seize the moment and seize Crimea. So the world suffers and the American people suffer eventually both in terms of our security and our prosperity—and ultimately our freedom—if we’re not engaged in problems elsewhere. So that’s a general statement.

I think in the Hamas-Israel conflict, which is just one of a broader series of conflicts going on in the middle east, the administration has been strong in supporting Israel’s right to defend itself against the Hamas missile attacks and the Hamas terrorist attacks. But lately, I do feel that the Obama administration has gone off the track in the efforts to broker a ceasefire, as much as everybody would like to see the violence stop. Because I think those efforts, if they had been pushed any harder—it seems like they have fallen by the wayside now—would have really allowed Hamas to emerge from this much stronger than they went into it and they began this. Israel is our ally and Israel is a democracy and Israel is governed by the rule of law. Hamas is a terrorist organization that is a declared enemy of the U.S. as well as Israel. And the last proposal made by Secretary Kerry, who I greatly admire and like, but nonetheless if the proposal was as it was reported, it really would have strengthened Hamas and weakened Israel. And in some sense coincidentally strengthened Qatar, Turkey, and Iran who are backing Hamas and weakened our other allies in the Arab world like Egypt, Saudi Arabia, Jordan, the UAE and the Palestinian Authority who don’t want to see Hamas strengthened. So I think it was a mistake and I’m glad it seems to have fallen by the wayside and I hope the Secretary tries again but with another plan.

Looking ahead to the 2016 election, what do you make of the field. Many Democrats are coalescing around former Secretary of State Hillary Clinton, do you think you will as well?

I don’t know yet. It’s good to be out of active politics and watching it. I’ve known Secretary Clinton for a long time. We met briefly, though I got to know President Clinton much better, when they were both at Yale Law School. And I’ve known them well. So I have a lot of respect for Hillary Clinton and some of the things that I’ve worried about in both the Obama administration and the drift of the Democratic party which is away from American international leadership, I hope and believe would not be true with Hillary Clinton as the candidate, and if she’s elected, as the president. But it’s much too early for me, anyway, to decide what or whether or if anybody cares I will do in this campaign. The more fascinating part of the campaign, of course, will be the Republican presidential primaries.

What do you make of the rise of Sen. Rand Paul and the Republican Party’s isolationist wing.

I’ve watched it with concern, because honestly, as a pro-defense Democrat, there’s a way in which I relied for some period of time on the Republicans—and some Democrats, but not other Democrats—to support strong defense, muscular foreign policy, etc. Now there is a certain attrition happening on the Republican side, mostly among the so-called libertarians and to a certain extent among tea party people who are so focused on reducing taxes that they seem more willing than Republicans have in recent years to cut back on support of America’s defense. There is—I don’t think any of us have found the right word for it, so I opt for neo-isolationism. There is a kind neo-isolationism, certainly a retrenchment from internationalism going on in both parties and to me it’s troubling. It’s troubling for the future of the country.

How did this appointment come about? What are you hoping to accomplish?

It ended up with an unexpected result. Richard Joel, the president of YU, reached out to me last year about wanting to do something in my name at YU in public policy. For the obvious reason, I suppose, that I am both Orthodox Jewish and was involved in public service. I was touched and honored by that. Because I hoped and still do that it’s going to be a permanent, endowed chair, but then they surprised me toward the end of the process asking me to be the first occupant of the chair, which I’ll do for a while as long as it’s working for me and the students, but i’m exciting about it. It’s very much part time. I’m going to give three public lectures in the fall semester in various schools of the university, probably starting with one Yeshiva College, one at Stern [College for Women], and then one at Cardozo [Law School]. And then in the second semester I will teach an undergraduate course in public policy, public service. So I’m looking forward to it. I actually taught this last semester at Columbia law School and I’m going to repeat that course this fall and I enjoyed it immensely, more than I expected actually. It was just very rewarding to try to convey what I experienced and learned to the next generation of students, some of whom, hopefully, will consider public service.

I’ve taught college courses way back to the late 70s and early 80s at Yale. So those were residential college seminars and I enjoyed that too. But I must say that I’m at a different stage of my life. I finished my time in elected office, I look back at it with great gratitude that I had the opportunities I did. There is no question I was influenced by people who were in once sense or another teachers of mine. So I view this as an opportunity both to try to inform students today about public policy, but also to hopefully attract some of them into public service. 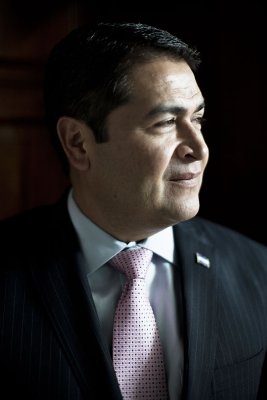