Hillary Clinton is widely expected to run for president again in 2016, letting political observers move on from the usual will-she-or-won’t-she to another, more nuanced parlor game: When will she announce her candidacy?

“Timing is everything in politics,” said Donna Brazile, who managed Al Gore’s 2000 presidential campaign. A candidate as established as Clinton has “the luxury of timing,” Brazile said. “But in politics that luxury can slip away if you don’t understand how to seize the moment.”

The former Secretary of State has given some mixed messages about when she’ll decide. She said in June that she’d be “on the way” to making a decision by the end of the year, and this month she said she’d make a decision “probably after the first of the year.” Those are some pretty ambiguous tea leaves for political watchers to try to read—not to mention the fact that she can “make a decision” and still not actually announce her candidacy for months.

But a survey of top political strategists and a look back through presidential campaign history offers one clear clue: As her party’s undisputed frontrunner, Clinton is likely to wait as long as possible to pull the trigger.

“The second you announce, the dynamics change completely,” said Phil Singer, a Democratic strategist who worked on Clinton’s 2008 campaign. “You really fall under the microscope in a way you don’t when you’re still contemplating whether to run.”

So while Clinton announced her 2008 candidacy in January 2007—a full 22 months before the general election—most aren’t expecting a Hillary Clinton campaign bus to be rolling over snow early next year. That might not sit well with some Democrats, who increasingly want Clinton to send a clear signal soon—especially if it turns out she’s not running. “A ‘no’ has to come earlier than a ‘yes,’” one Democratic strategist told NBC News in August. “If it’s a no, I suspect she won’t let it drag on.”

But despite Democratic jitters, strategists from both parties interviewed by TIME agreed it’s in her best interest to wait. As the close attention paid to inartful comments she made about her wealth during her book tour demonstrated, her every word is being scrutinized—a dynamic that will only intensify when she’s formally a presidential candidate. Her first visit to Iowa since the 2008 campaign last weekend drew close to 200 members of the media.

“The general public’s not paying attention that early, but an important subsection of the public are,” said Steve Schmidt, a top strategist on John McCain’s 2008 campaign. “The announcement is the first of many system checks that takes place.”

Election cycles have gotten longer and campaigns more permanent over the years, with presidential candidates announcing earlier and earlier. But given Clinton’s singular place in the party today, her timing could be more like those of candidates in the more distant past. With the outside super PAC Ready for Hillary already laying the groundwork for her campaign and the Clinton name more than potent enough in Democratic politics to make up fundraising ground even with a late start, Clinton has more to lose than to gain by starting too early, strategists said. Ready for Hillary raised $4 million in 2013, and an array of Clinton allies have jumped into the fold this year, including Correct the Record, a Democratic research group aimed at pushing back against Republican critics of her record, and Priorities USA Action, the former pro-Obama super PAC now backing Clinton.

Gore formally launched his campaign in June of 1999, enjoying a similar advantage to Clinton’s now. “We had the luxury of name recognition and a lot of organization,” Brazile said.

Whatever announcement Clinton does make will of course be closely watched, not just for its timing but its substance. In 2007, Barack Obama, then a Senator from Illinois, chose the “arctic cold” of early February in Springfield, Ill., to announce his candidacy before a crowd of approximately 16,000 people.

“The Obama event was like seeing the Rolling Stones,” Singer said.

“I think Obama did a very good job in 2008,” said Chris Lehane, a Democratic strategist who worked on Bill Clinton’s 1992 campaign. “I think in part by being able to combine the fundraising aspect of it with the announcement, sort of creating the impression that there was this huge grassroots network that was excited for his candidacy.”

Clinton chose a lower profile setting for her announcement: a video posted to her website. “After six years of George Bush, it is time to renew the promise of America,” Clinton said at the time. “I grew up in a middle-class family in the middle of America, and we believed in that promise.”

The only reasons for Clinton to announce earlier, strategists said, might be to freeze other candidates from getting into the race and to be more free to respond directly to attacks from her Republican opponents.

“I think there will be far fewer Democratic announcements if she announces,” said veteran Democratic strategist Bob Shrum, who worked on John Kerry’s 2004 campaign. “And I believe she will. I think she is running.”

Lehane predicted that other Democrats will start to throw their hats in the ring the moment the midterm elections are over: “12:01 a.m. the first Tuesday of November.” 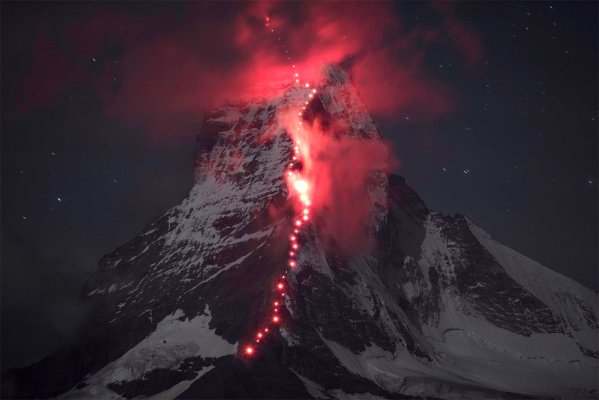