10 Networking Tips That Will Make You a Success

Everyone needs to network. And I mean everyone.

What determines whether a drug dealer dies or becomes a kingpin? Yup – the size of his network.

Networking is one of the 10 things I recommend people do every week.

Research shows networking is vital to staying employed, salary growth and job satisfaction. It also makes you more likely to land a job.

Via The Tipping Point: How Little Things Can Make a Big Difference:

It makes you more likely to be successful at your job.

It makes you more likely to become an expert at your job.

Via Achieving Success Through Social Capital: Tapping the Hidden Resources in Your Personal and Business Networks:

And it makes you more likely to be creative on the job.

Having a big network even makes you luckier.

Alright, alright… Networking is essential. But how do we do it? I’ve read the books, talked to the experts and I’ve got some answers.

And if you’re one of those people who hates the word “networking” because it seems sleazy, rest assured I’ve got that covered too. Let’s get started:

You hate networking. Or you’re bad at it. Or you’re hopelessly lazy and have the attention span of a gnat. Then just go play on Facebook.

I’m being serious. An excellent first step, backed by research, is toreconnect with old friends:

“Give and Take” author Adam Grant points to research showing in many cases friends you haven’t kept up with are even more helpful than current contacts.

(For a dead simple way to reconnect with people, click here.)

Okay, but this is supposed to be networking, right? How do you meet new people? Well, that can be crazy simple too.

It’s really not that hard and it needn’t be awkward. In fact, it can be as simple as moving your desk.

Via Achieving Success Through Social Capital: Tapping the Hidden Resources in Your Personal and Business Networks:

Not good at going up to new people? Then situate yourself so they’ll come to you.

(For more insights on networking for introverts, click here.)

Okay, clever tricks. But what if we really want to scale this? And be strategic? Then it’s time to bring out the big guns…

A disproportionate number of friends and opportunities came your way through a handful of people. These are “superconnectors.”

Who helped get you your current job? Your previous job? Through whom did you meet the majority of your friends? Seeing any patterns?

Brian Uzzi and Sharon Dunlap discussed this in the Harvard Business Review:

If you only send a few emails or make a few calls it should be to those people, because a small investment there can pay off big.

(Don’t have a mentor? All successful people have mentors. To get the perfect mentor for you, click here.)

So you’re starting to build up a healthy network now. But all these meetings might get expensive. And that can lead to second thoughts…

Set aside money so there’s no reluctance or guilt and you can jump on opportunities to meet new people.

Ben Casnocha, bestselling author of The Start-up of You and The Alliance, says designating this money can make networking much less stressful.

What about making time? Top networker Keith Ferrazzi sums up the answer with the title of his bestseller: Never Eat Alone.

(For more on setting up an “interesting people fund”, click here.)

You’ve got a burgeoning network and have set aside time and money to meet with them. Great. But what do you actually say when you’re there?

You want meetings to be friendly and personal but you also want to lay down the foundation of a relationship that is mutually beneficial.

Judy Robinett, author of How to Be a Power Connector has a great short list of questions to make sure you make the most of even brief meetings.

Via How to Be a Power Connector:

(For more on what to say and do in the moment, click here.)

But this is the kinda strategic behavior some people see as sleazy and shallow. What keeps networking sincere?

When it comes to business relationships, stop thinking about the word “business” and focus on “relationships.”

So what should we keep in mind when it comes to being a friend to new people we meet? I always think of “warmth, curiosity, and generosity.”

Research shows people evaluate everyone they meet in terms of warmth and competence. And of the two guess which mattered more? Yup, warmth.

And then there’s curiosity. Actively showing interest in other people is powerful — and kind.

Merely listening to what they have to say and asking them to tell you more is all it takes.

When people speak, the best responses are both active and constructive. What’s that mean?

People who create this kind of positive energy are higher achievers. They get promoted earlier and also improve the performance of those around them.

(For more on how being sincere and positive can boost your career, click here.)

Hey, there were three things: warmth, curiosity and generosity. Where’s generosity? That one is so important it gets its own section…

One of the most common problems people have in networking is how to follow up: Great, I met someone. Now what do I do?

The answer to that is: give. Think of the other person first.

Top Wharton professor Adam Grant, author of Give and Take, offers a piece of advice on how to network he learned from Adam Rifkin.

You know that hippie-sounding bumper sticker “Practice random acts of kindness”? Corny as it may sound, you should actually do that.

(For more on the five minute favor, click here.)

You’re giving. You’re even making a game out of it, trying to figure out the best way to help others. Now it’s time to flip that on its head.

8) Cement A Relationship By Asking For A Favor

Asking people for favors can actually strengthen the bond between you.

My friend Michael Simmons mentions a great networking method used by none other than Benjamin Franklin.

There was somebody who really did not like Ben. And as much as Ben tried to be nice to the guy, nothing worked.

So instead of trying to help his detractor, Franklin took the opposite route — he asked his enemy for a favor. Ironically, that made them friends.

Via The Autobiography of Benjamin Franklin:

What happened? When someone does something for you they need to justify it — maybe by changing their mind about you.

How can you do this without coming off like a selfish taker? Judy Robinett says to stick to the “rule of two”: give two favors before asking for one.

And don’t be afraid. Research shows we tend to underestimate just how helpful people are.

(For more on how to be a giver the smart way, click here.)

Now it’s all starting to come together. What do the experts say we need to know when looking at the big picture?

9) Tips From The Best

Fortune Magazine called Adam Rifkin the most networked guy in Silicon Valley. He has a few things anyone can do to be a better networker:

So you’ve got tons of contacts now. But how can you possibly maintain them all? There just isn’t enough time. Unless you do something very fun…

They make sure that their contacts get to know each other, exponentially increasing the connections and opportunities.

And forming communities actually makes managing networks easier – have regular get-togethers with a rotating group of your contacts.

It’s a trend you see again and again among top networkers:

(To learn more about how you can turn your network into a community, clickhere.)

So where does all this take you in the end? Let’s look at the key point that makes all of this so powerful.

Here are the ten networking tips that bring success:

Old people, economists and insurance adjusters all say the most valuable thing in life is relationships. They make you happier – and healthier.

Via Achieving Success Through Social Capital:

What’s the best next step? Send these five simple emails.

I’ll have more tips from networking experts in my next weekly update so join the community of over 90,000 readers here.

How To Be Resilient: 8 Steps To Success When Life Gets Hard 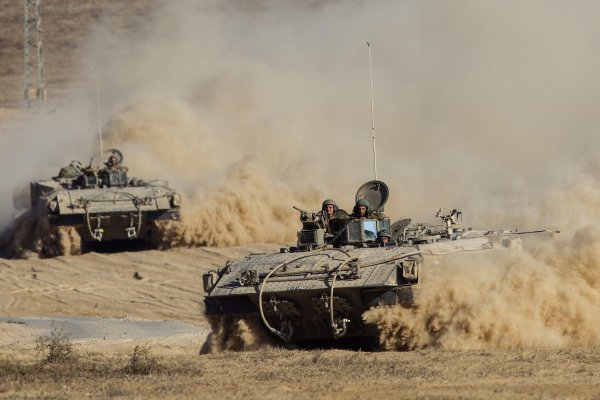