A piece of debris of the fuselage at the crash site of the Malaysia Airlines Flight 17 near the village of Grabovo, east of Donetsk, on July 25, 2014.
Bulent Kilic—AFP/Getty Images
By Dan Kedmey

An Ukrainian official accused pro-Russian separatist fighters of lining the roads to the crash site of the downed Malaysia Airlines Flight 17 with land mines Wednesday, making it impossible for international investigators to access the scene of the crash.

The Associated Press reports that observers from the Organization for Security and Cooperation in Europe attempted to reach the crash site on Wednesday, only to be turned back after an encounter with rebels in the area.

The areas surrounding the crash site have been punctuated by heavy fighting, with at least 19 people killed in the past 24 hours, AP reports.

Col. Andriy Lysenko, spokesman for the Ukrainian National Security and Defense Council, said that rebels had installed heavy artillery in and around the 13.5 square mile crash site, according to the Wall Street Journal. Lysenko also accused rebels of mining the approaches to the area.

“This makes the work of the international experts impossible,” Lysenko said. 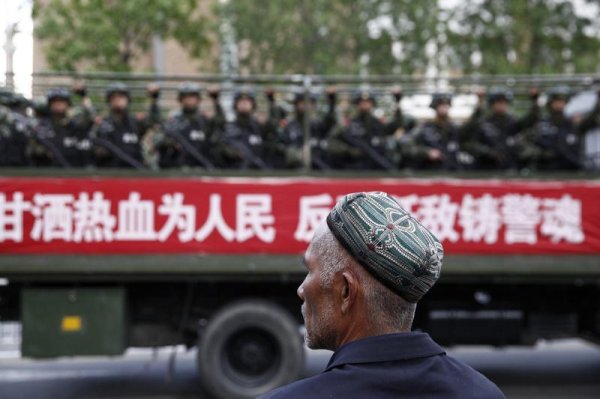 What's the Truth Out of Xinjiang?
Next Up: Editor's Pick