A view of an Apple iPhone displaying the Facebook app's splash screen, May 10, 2012 in Washington.
Brendan Smialowski—AFP/Getty Images
By Victor Luckerson

If you enjoy messaging with friends via Facebook’s primary mobile app, you’re soon going to need an entirely new app to keep chatting. The social network is quietly eliminating the ability to chat with friends on its iPhone and Android apps. Instead, users will have to download Messenger, a dedicated chat app from the company, in order to have real-time conversations (to be clear, users can still write on each other’s profile pages and communicate in other ways via the regular Facebook app).

The change was announced earlier this year and has already rolled out in Europe, much to the consternation of many users. Some users have griped that they don’t want to juggle two Facebook apps to perform functions that were easily done in one app before. But the social network says the transition from Facebook proper to Messenger is seamless and that people using Messenger respond about 20 percent faster, boosting usage.

“In the next few days, we’re continuing to notify more people that if they want to send and receive Facebook messages, they’ll need to download the Messenger app,” a Facebook spokesperson said in an emailed statement. “As we’ve said, our goal is to focus development efforts on making Messenger the best mobile messaging experience possible and avoid the confusion of having separate Facebook mobile messaging experiences.”

In the last year, Facebook has sharply increased its focus on Messenger, which now has more than 200 million active users. The app has gotten a bevy of new features, such as the ability to send videos, and a redesigned interface that allows for visual conversations, a la Snapchat. The company is also keen to divine a way to make money off its Messenger users—recently, a former PayPal exec jumped ship to Facebook to lead the company’s mobile messaging business.

News of the wider rollout of the Messenger requirement was first reported by TechCrunch.

Facebook’s plan mirrors a similar effort over at Foursquare to force users to download a new app called Swarm to check-in to locations. Unlike Swarm, though, Messenger is already a popular standalone service in its own right.

For now, the Messenger requirement will primarily affect smartphone users. People who access Facebook on the iPad, on desktop computers, on the Windows Phone and through web browsers on their phones won’t be affected. 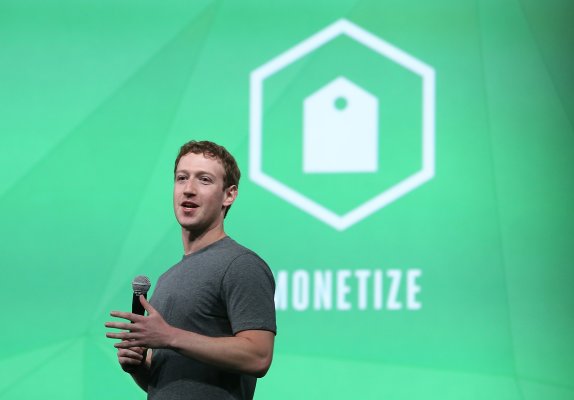