Zayn Malik of One Direction performs at on May 24, 2014 in Glasgow, Scotland.
Dave J Hogan—Getty Images
By Lily Rothman

Usually when One Direction and the phrase “death threats” are in the same sentence, it’s a case of overenthusiastic fans defending their favorite pop stars — but the group’s Zayn Malik has learned that the backlash can go in the other direction too.

On Sunday, the singer tweeted the phrase “#FreePalestine” — a tweet that’s been both retweeted and favorited over 200,000 times, while it’s also led some of his own fans to lash out at him, death threats and all. He’s not the first to experience blow-back over the topic:

So one possible takeaway from Malik’s experience, and those before it, is that celebrities should just keep their mouths shut when it comes to Israel and Palestine — especially when even Secretary of State John Kerry has trouble being diplomatic about the issue.

No matter what one thinks about Israel, it’s hard to deny that (a) the subject is controversial, and (b) Twitter (or a symbolic accessory, or a product endorsement deal) isn’t exactly a great place to express a nuanced thought about a complicated topic. Case in point: celebrities aren’t the only ones who’ve found that to be true. Even the Associated Press has experienced the pitfalls of tweeting about Gaza, having decided to revise a tweet that seemed to express negative judgment about U.S. lawmakers who support Israel. In a time when people like Malik and Rihanna have a direct line to their legions of fans, they’re all one click away from saying something they don’t really mean, or saying something they think they mean but haven’t really thought through. Safer, then, not to say anything. If the point of being a celebrity is to please fans, it’s pretty clear that Tweeting about Israel is not the way to do it.

On the other hand, Malik’s #FreePalestine tweet was followed by silence. He hasn’t responded to any fans, he hasn’t apologized and he hasn’t deleted what he said. So maybe “#FreePalestine” was really what he meant, with all its possible connotations and consequences. There’s no evidence to suggest otherwise.

Which means that the other possible takeaway is that maybe pleasing fans isn’t actually what celebrities care about most, and that asking them to be quiet about their opinions is an unrealistic expectation. In that scenario, they’re not different from any other Twitter users in that they can say whatever they want — and in that, when other users disagree, they’ll hear about it. 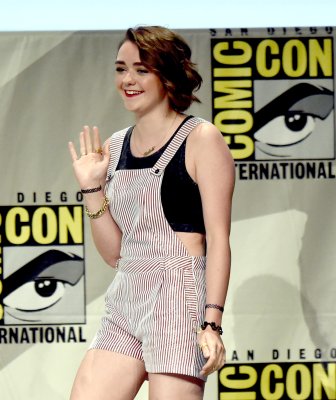