Childish Gambino Mans Up, Declares Himself 'the Best Rapper' Alive

Donald Glover’s rapper alter-ego, Childish Gambino, has always been brash. He’s talked about his sexual exploits, his boundless talent and his popularity since he started releasing tracks six years ago. But the cocksure verses spat by Childish Gambino were always tempered by what we knew about the “real” Donald Glover, the one who went from Stone Mountain, Georgia, to NYU to the writers’ room of 30 Rock to the role of gentle soul Troy Barnes on Community, all with the apparent humility of someone who didn’t attain multi-platform success and acclaim before the age of 30.

Over the last couple years, however, Glover has seemingly made an effort to reconcile his rapper persona with his public one. First, he dropped off the grid. Then he dropped out of Community. Now it appears he’s devoted his full attention to his music career, dropping his second studio album Because the Internet in December of last year and embarking on his multi-continent Deep Web tour.

The final act of the old Donald Glover — or perhaps the first act of the new one — came over the weekend during a show in Sydney. Though Childish Gambino has always been irrepressibly cocky, his modus operandi has been to not call out his peers without provocation (typically preferring to fire shots at those who’ve called him a “fake” rapper or criticized him for not being black enough). That changed with one verse from Sunday’s show:

Some may believe Glover’s rant is ill-advised. After all, he hasn’t enjoyed nearly the critical or commercial success that either Drake or Kendrick Lamar have over the last few years. But his declaration may have been necessary. It’s a whole lot easier to dismiss an actor-turned-rapper whose verses are devoted to his taste in women and clever rhymes about esoteric topics than it is one who’s calling out two of the biggest names in the game while in the midst of an enormous tour. And it’s hard not to appreciate the irony of Glover going after Kendrick, whose “Ether”-worthy verse on Big Sean’s “Control” elevated him to more than just a critical darling.

It’s clear now that Glover is not — and has no interest in being — a rapper whose fanbase is comprised largely of Community fans and predominantly white teenagers (who made up at least 90% of the crowd when I went to a Childish Gambino show in 2011). We don’t know yet whether there will be any blowback from Glover’s verse in Sydney, but it’s not hard to imagine Drake, Kendrick and some of Glover’s fans — at least the more casual ones — being less than thrilled.

Regardless of the fallout from Glover’s verse, it was a savvy move. His die-hard fans, of which there are plenty, are sure to love the fact that their guy is willing to go after the giants of the industry, and it may inspire those who’ve long held Childish Gambino as a novelty to reconsider that position. Best rapper alive? Highly debatable. But Glover might now be part of a conversation that he never was a part of before. 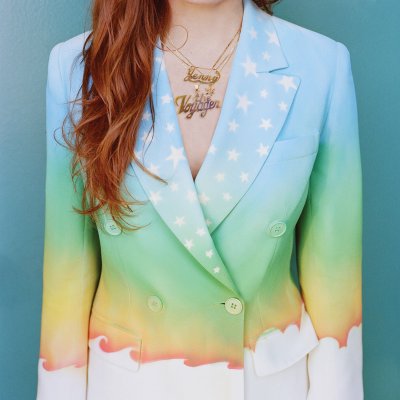 REVIEW: Jenny Lewis Is Out of This World on The Voyager
Next Up: Editor's Pick