Louisiana Warden May Release Inmate From 28 Straight Years in Solitary

A prisoner who has spent 28 straight years in solitary confinement may be released into the general prison population, according to the Louisiana warden who has allegedly kept him confined in a 6 by 9 foot cell for 23 hours a day.

Burl Cain, the warden of the Louisiana State Penitentiary, told reporters for Northwestern University’s Medill Justice Project that he would be ready to transfer the prisoner, Kenny “Zulu” Whitmore, in a “matter of months,” once he has determined that Whitmore no longer poses a threat to other prisoners.

“We’d rather him out, I need his cell,” Cain said in an interview with Medill Justice Project, an investigative journalism project that exposes wrongful convictions. “I’ve got some young people, predators, that need to be in that cell. When I can conclude he’s not gonna cause me the blues, then he can come out of the cell.”

A total of 35 years of solitary confinement, including 28 consecutive years, has taken a toll on Whitmore’s physical and mental health, the prisoner told reporters. His vision has deteriorated and he has developed a case of hypertension. He has filed suit against the warden and other prison officials, claiming his spell in solitary—the longest known case in U.S. history—constituted cruel and unusual punishment and violated his free speech rights.

Whitmore was sentenced to life in prison in 1977 for second-degree murder. Since then, the warden maintains that Whitmore, as a supporter of the Black Panther Party, has espoused beliefs that could provoke other inmates to commit violent attacks.

Whitmore’s lawyer, Michelle Rutherford, said in a statement that Cain’s comments about the Black Panther Party proved the prisoner’s constitutional rights had been breached.

“Warden Cain’s statement confirms the allegations Mr. Whitmore makes in his civil rights suit: he has been held in a 9′ by 6′ cell for over 35 years because of his political beliefs, not because of any demonstrated violent or disruptive behavior.” 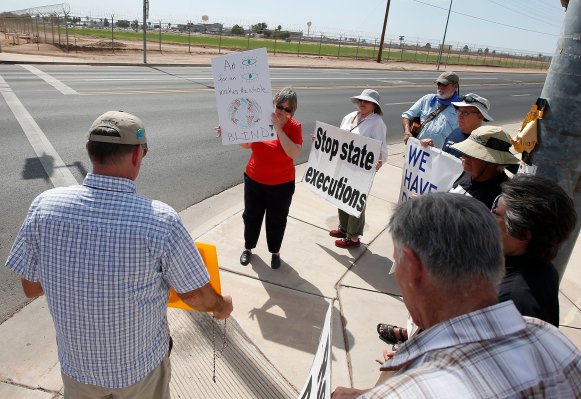