A visitor walks past a Microsoft booth at a computer software expo in Beijing, June 2, 2010.
China Daily—Reuters
By Hannah Beech

Is no famous foreign brand safe in China? On July 28, four Microsoft offices across China received an alarming set of unscheduled visitors: Chinese government investigators who appeared to be looking into whether the American software firm had violated Beijing’s controversial anti-trust laws, according to Chinese media. A few days before, it was McDonald’s and KFC’s turn in the spotlight. The U.S. fast-food companies’ supply chains were roiled when one of their major meat suppliers in China was accused of using expired meat. In May, the Western pharmaceutical industry came under scrutiny when GlaxoSmithKline was charged with running an extensive network of corruption in China to push their drugs into the market.

Foreign coffee and cars have also been targeted, with Chinese state media launching shaming campaigns against Starbucks and Jaguar for setting higher prices in China than in much of the West. Official Chinese press have even accused U.S. tech firms like Cisco of possibly being coopted by U.S. intelligence agencies intent on tracking Chinese customers.

Not even Apple — which assembles most of its gadgets in China through subcontractors and counts on voracious Chinese demand for its high-end products — is safe from the mud-slinging. On July 28, China’s official Xinhua news agency referred to “Apple’s immorality” in selling devices through which consumers’ personal data could potentially be mined. Earlier this month, state broadcaster CCTV had deemed the iPhone a conceivable “national security concern” for China.

Nor is this the first time this year that Microsoft has been fingered in China. In May, Beijing began forbidding central-government purchases of the company’s newest Windows 8 computer software because of potential security concerns. As for the Monday surprise visits by officials from the State Administration for Industry and Commerce, Microsoft isn’t saying much. Beyond a standard issuance from a company spokesperson — “We aim to build products that deliver the features, security and reliability customers expect, and we will address any concerns the government may have” — the American software giant declined to comment further to TIME, citing the “ongoing and sensitive nature of this situation.”

The pace does feel like it has quickened in terms of foreign firms being accused by Chinese officialdom of a slew of misdeeds: monopolistic behavior such as price-fixing, cavalier treatment of Chinese consumers and general financial misconduct. Still, some Chinese analysts contend that plenty of domestic firms are being pursued by local regulators, too. Certainly, Chinese consumer confidence has waned recently, with a steady supply of exposés of shoddy, unsafe or fake products. One local survey found that 80% of more than 3,000 people polled considered China’s food safety wanting.

Mao Qiying, an IT analyst with a large following on Chinese social media, also contends that Chinese tech firms like Huawei and ZTE have a tough time entering the U.S. market because of Washington’s concerns that these Chinese firms could be coerced into doing Beijing’s bidding. “The Chinese government,” Mao says, “is more lenient towards Western tech giants compared with the American government’s attitude toward Chinese tech companies.” In May, the U.S. charged five Chinese military officers with hacking into American computer networks from across the Pacific Ocean.

Chinese officials have accused the U.S. of national-security hypocrisy in the post-Edward Snowden era. As for the Chinese consumers themselves, even Xinhua, which on Monday linked tech companies like Apple to a “U.S. surveillance addiction,” conceded that commonly used anti-virus software employs similar technology to the tracking systems in Apple devices. Fears over an American invasion of Chinese privacy haven’t dampened iPhone sales in China either. Last quarter, Apple enjoyed a 28% hike in greater China revenues.

Meanwhile, on Chinese social media, some users were scathing of Beijing’s attempts to censure foreigners for potential antitrust violations. On July 28, China announced that by the end of 2013, the nation boasted 155,000 state-owned enterprises with total assets amounting to $17 trillion. “Will anyone investigate the government’s monopoly on the water, power or petroleum industry?” wrote one microblog wag. 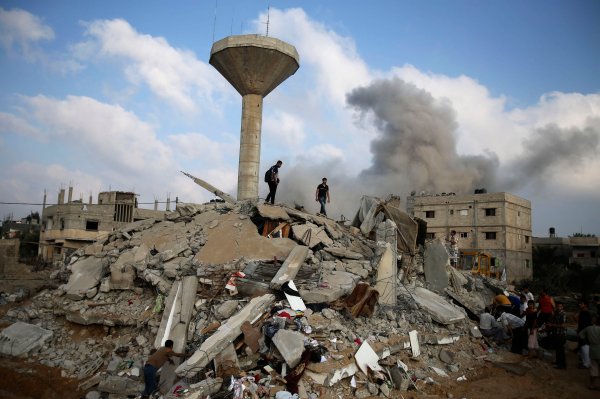