Washington Post Iranian-American journalist Jason Rezaian, right, and his Iranian wife Yeganeh Salehi, who works for the the National, an UAE newspaper, during a Foreign Ministry weekly press conference in Tehran on Sept. 10, 2013
EPA
By Per Liljas

Iran should immediately free or charge the three journalists, including Washington Post correspondent Jason Rezaian, who were detained a week ago in Tehran, says Human Rights Watch (HRW).

“Iran’s abysmal record on press freedom and this spate of arrests raises a red flag,” HRW’s deputy Middle East and North Africa director Eric Goldstein said in a statement. “The burden now is on Iran’s judiciary to quickly investigate and order their release unless there is hard evidence that they have committed substantive crimes, not merely exercised their right to free speech.”

Four unidentified agents arrested Rezaian, his wife Yeganeh Salehi, an unnamed photojournalist and her spouse in Rezaian’s home on the night of July 22, Rezaian’s mother Mary Breme Rezaian told HRW. Three days later, the head of Tehran’s judiciary Gholamhossein Esmaeili said that Rezaian had “been detained for some questions,” offering no further explanation.

Iranian authorities have not disclosed where the four are held, allowed them access to legal counsel or permitted visits by Swiss consular officials, who represent U.S. interests in Iran. Rezaian’s mother says that if her son is not provided with his blood medication, his health is being compromised.

Rezaian, the photojournalist and her spouse are dual American and Iranian citizens, according to the Post, while Salehi, an Iranian journalist for United Arab Emirates–based the National, is an Iranian who has applied for U.S. permanent residency. Over the past two months, Iranian authorities have also arrested or summoned at least seven local journalists for questioning or to serve lengthy prison terms. Reporters Without Borders stated on July 25 that Iran is currently detaining “65 journalists and netizens in prison — five of them foreign nationals.”

“These latest arrests, coming hard on the heels of other cases of arrest and imprisonment of journalists, suggests that little has changed with respect to freedom of expression almost a year after President Hassan Rouhani swept to power on a promise of reform,” Goldstein said. “Rouhani may have little control over all-power security, intelligence, and judicial apparatus, but silence in the face of such repression is deafening.” 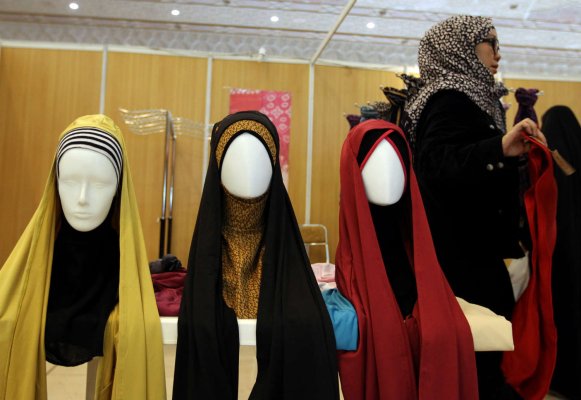 Iranian Fashion Pushes Boundaries Despite Crackdown
Next Up: Editor's Pick