Golfing at the tony Congressional Country Club this weekend, President Barack Obama shanked a ball off the first tee into the woods, providing a similarly unlucky player with a keepsake souvenir—a personalized presidential golf ball.

Dallas resident Pace Doherty found the president’s ball on Sunday, a day after the duffer-in-chief hit the links with aide Marvin Nicholson and ESPN personalities Tony Kornheiser and Michael Wilbon. The Titleist balls were personalized with Obama’s official nicknames, with the word “POTUS” on one side and the number “44” on the other. (Obama is the 44th President of the United States, and POTUS is the quasi-official acronym for his job title.)

A source familiar with the president’s golfing confirmed that Obama personally pays for the golf balls, which retail for $57.99 a dozen, or about $10 more than a non-customized set.

Doherty posted a photo of the custom golf ball on Instagram.

Titleist spokesman Eric Soderstrom identified the ball as from the company’s signature Pro V1 line, currently played by 2013 Green Jacket winner Adam Scott. “We have been supplying golf balls to golfing presidents for many years,” he said Monday. “It is harder than you think to stamp perfectly on a round sphere with dimples in it.”

As recently as 2010, double-digit play numbers were reserved for the commander in chief alone, requiring the company to make special modifications to its processing line. But no longer. The company upgraded its manufacturing systems to allow anyone to print double-digit play numbers. Custom Pro V1 golf balls monogrammed with a “44” and “POTUS” like Obama’s retail for $57.99 on the website Golfsmith.com. 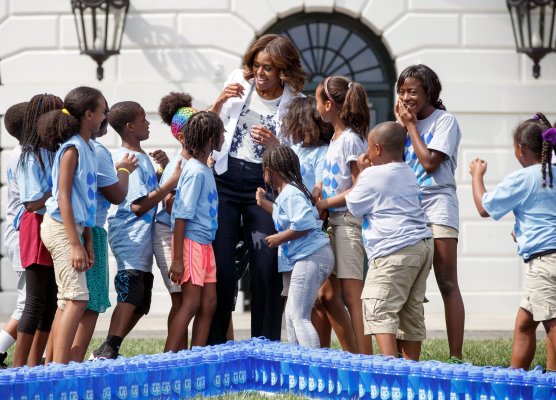