A vendor sells game consoles including Microsoft's Xbox One in a major electronics market in Shanghai on January 8, 2014.
Peter Parks—AFP/Getty Images
By Jack Linshi

Unannounced visits Monday by Chinese officials to Microsoft offices across China have sparked controversy over the latest Sino-U.S. relation: technology.

Officials from China’s State Administration for Industry & Commerce (SAIC) visited offices in Beijing, Shanghai, Guangzhou and Chengdu, according to Sina, a Chinese online media company. Microsoft China, which has three major locations in Beijing, Shanghai and Shenzhen, has since confirmed the visits, providing no further details, adding that the company would “actively cooperate” with the government’s requests.

The visits reportedly lasted from morning until 6 p.m., and resulted in computers and hard drives being taken away, according to several Chinese news outlets. A source familiar with the matter told Reuters the visits were likely preliminary stages of an antitrust investigation, while Microsoft China has reportedly confirmed to the Beijing News that it is, in fact, what the SAIC calls “unfair business.”

Chinese IT analysts believe that suspicions of a Microsoft monopoly are relegated to the operating system market alone. One well-known Chinese IT lawyer told media outlets that it’s likely Microsoft is being accused of using its broad market share to unfairly bundle in other products, like Skype, which Microsoft acquired in 2011.

China set a precedent in preventing U.S. tech giants from monopolizing the Chinese market in November, when the Chinese government launched an antimonopoly investigation of Qualcomm, a U.S. company that’s the largest maker of processors and communication chips for mobile phones. China’s antitrust regulator said Thursday that Qualcomm does have a monopoly.

Apple also came under scrutiny in July, when CCTV broadcasted that Apple’s iPhone was a “national security threat” due to its GPS system, which could expose “state secrets.” Apple has denied these claims.

China also appears to be involved in the very hacking that it’s discouraging, as reports surfaced of Chinese hackers attempting to gain access to confidential U.S. data. 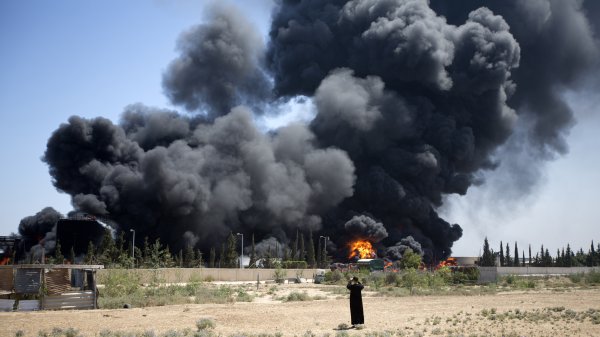 Why a Gaza Truce Seems So Far Off
Next Up: Editor's Pick