The Link Between 9/11 and Cancer Still Isn't Entirely Clear

The New York Post reported Sunday that the number of cancer cases among 9/11 first respondents had more than doubled in the past year, from 1,140 to over 2,500. However, to scientists who specialize in analyzing such data, the number of cases cannot ever tell the full story.

Dr. Roberto Lucchini is an epidemiologist and director of the World Trade Center Health Program Data Center at Mount Sinai Hospital, which treats and researches the police officers, construction workers, sanitation workers and iron workers who were among the first respondents on 9/11. To Lucchini, the number of observed cancer cases among these patients cannot be significant until compared to the number of expected cancer cases.

“I don’t think they compared like-with-like which is what you normally do in epidemiology,” adds Dr. Billy Holden, a deputy director of the data center. “I don’t know how they came to the conclusion that there was a doubling.”

Mount Sinai has a record of 1,646 confirmed cancers from 2002 to present-day among the over 30,000 first respondents that they oversee. The hospital’s cases are reviewed and certified by the National Institute of Occupational Safety and Health (NIOSH). Meanwhile, the public registry—which also collects data on these cases—has confirmed 1,172 cancers among Mount Sinai patients, but the registry’s number only represents data through the year 2010, which may account for the difference.

“That’s the latest that we have in reliable data that we can use,” Holden says. “The delay is coming from the registries themselves. It takes them a long time to get the data.”

According to a press release from Mount Sinai, “analysis of available data through 2010 shows that there is an approximately 20% increase in cancer incidence in 9/11 rescue and recovery workers compared to the general population, with a particular increase in thyroid cancer, prostate cancer, myeloma, and leukemia.”

This elevated incidence rate could result from the high exposure to carcinogens that many first respondents endured. However, even this number is subject to question due to a number of complicating factors, including over-diagnosis of certain cancers—such as thyroid and prostate—and questionably reliable data for the general population.

Another complicating factor is the continued aging of the first respondents. Epidemiologists would expect the number of observed cancer cases among this population to increase over the coming years regardless because everyone’s risk of cancer rises with time. “Numbers are interesting, but they’re not revealing because we have to look at the rates,” Holden says. “Looking at numbers themselves doesn’t mean anything. You have to put them in a certain context.”

The search for a similar context alone can result in frustration for researchers. As so many residents of New York need not be reminded, 9/11 is an event that stands alone in our history.

“There’s nothing like this in the whole history of the world,” Lucchini says. “We can think about Chernobyl or Fukushima, but this is a totally different situation here… So for us to compare this to other studies and other experiences is quite difficult.”

Lucchini adds, “We are doing as much as we can.”

When it comes to the men and women who first responded on that fateful day, the question remains of how much can ever be enough. 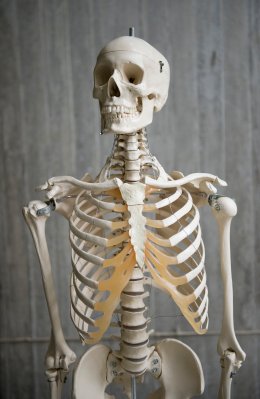