The observations and statistics were catalogued in the blog OkTrends, written by OKC co-founder Christian Rudder, which started accumulating some 1 million unique views per post. But in April 2011, the web favorite went dormant, leaving its fans questioning, what’s REAL “stuff white people like” today?

Until now. Monday marked the relaunch of OkTrends.

“We always said we were going to relaunch the blog,” Rudder says. “I put it on pause because I was working on a book… but with that being finished and about to come out, it was time to restart.”

Since the OkTrends lull occurred two months after Match.com bought OkCupid, Rudder says some people floated conspiracy theories that Match shut it down. “They absolutely did not,” he says. “In fact they were sad we had to take time off from it.”

But with his book Dataclysm: Who We Are set for a September release, Rudder says he’s back and ready to write a new OkTrends post once every four weeks.

This month’s post proudly declared “We Experiment on Human Beings!” — appropriate given the collective freakout over Facebook’s June emotional manipulation study — and chronicles times the dating network used its users as guinea pigs. For example, OkCupid once told people with a 30% compatibility rating that they were a 90% match, just to see what happened.

Even though Rudder says OkCupid only gets an estimated 1,000 people to sign up after a post goes live, “the effect is more simmering than that.”

For example, if a woman reads an OkTrend piece when she’s in a relationship, she might remember a particularly insightful post several months later when she’s single again and sign up for the service.

“It was more of a long game for us,” Rudder says. “It’s like a billboard in Times Square for Coke. I don’t think people walk past it and are like, ‘I’ve gotta go get a Coke right now.’ It just puts it in their mind and then, when they’re thirsty, they go get a Coke.” 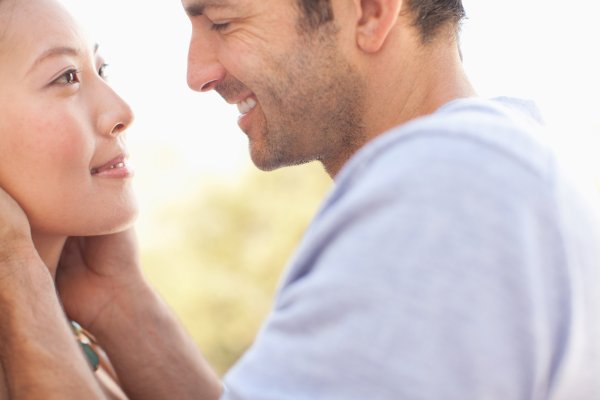 Is That a Look of Love, or Lust? Science Has the Answer
Next Up: Editor's Pick