Korea’s Hanwha Eagles do not have a good record. The baseball team has wracked up 400 losses over the last five years, according to the BBC. But just because a team has a losing record, doesn’t mean they don’t deserve big cheers — just ask any New York Knicks fan!

To make sure that the Eagles stadium is filled with the roar of the crowd and that team morale stays high, the Eagles are taking a page from The Future and adding cheering, chanting robots to their stadium seats.

Hanwha’s robot fans will work as stand-ins for human fans who can’t attend a game. Remote fans will be able to control some of the robots’ movements — presumably certain hand gestures in the direction of umpires — and can even upload an image of their face to be shown on the machine’s screen. The robots will also let fans watch the game from afar, giving more fans the opportunity to join in the action and cheer on their team.

“It’s a pretty neat idea,” Hanwha Eagles pitcher and former Minnesota Twin Andrew Albers says in the video the team released to explain the presence of robots in their stands. “It gets the crowd into it and really helps them get involved.”

If robots cheer at the robot World Cup or the Femme Bot battles, can act as mules and write the Torah, how long until they decide they don’t need humans at all? Oh wait, they still need someone to battle in Connect Four. 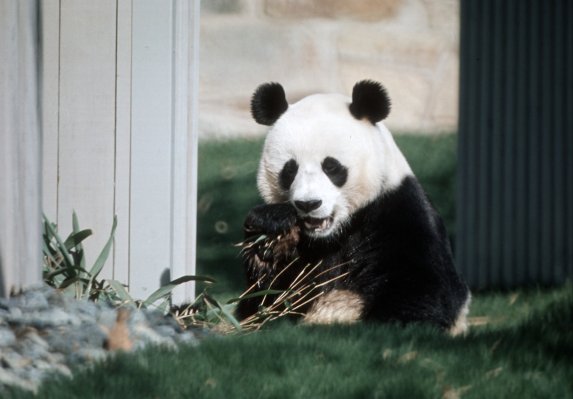 Nixon Asked a Reporter to Watch Panda Sex
Next Up: Editor's Pick