For a Few Hours, Uber Riders Could Learn Their Client Rating

An Uber app is seen on an iPhone in Beverly Hills, Calif., on Dec. 19, 2013.
Lucy Nicholson—Reuters
By Nash Jenkins

Uber, as Valleywag’s Sam Biddle writes, “doesn’t care about being hated.” After all, the taxi service application earned a cool $18.2 billion valuation last month, in spite of a gallery of controversial corporate practices that has prompted critics of Silicon Valley to make a litany of accusations. Uber incommensurately raises prices during peak hours, holidays and weather emergencies. Uber sabotages its competition. Uber ranks its customers.

It ranks its customers, yes. At the end of a ride, the application asks the passenger to give his or her driver a ranking on a five star system; the drivers, as the internet has only recently learned, are asked the same of their clients. The underlying logic is obvious and not really anything new — if your credit score is bad, a bank is going to hesitate before doing business with you — but users were nonetheless kind of perturbed, given the secrecy surrounding the passenger rankings. (“Uber Anxiety,” New York Magazine calls it.)

On Sunday, however, a software engineer named Aaron Landy posted to Medium step-by-step instructions on how a client can find his or her aggregate score, via some very simple skullduggery on the app’s mobile website. Uber’s programming team naturally caught wind of this and quickly swooped in to patch things up, but not before a number of Uber riders sought revelation.

By early Monday morning, one user’s attempts to learn his worth in the eyes of the benevolent transit god proved futile.

Uber is, however, exploring ways of sharing passenger ratings in future versions of the app, or so they say. Meanwhile, the company expands — they celebrated the launch of service in Hong Kong and mainland China in the last few weeks — with the habit of incurring the wrath of local taxi drivers in each new territory. 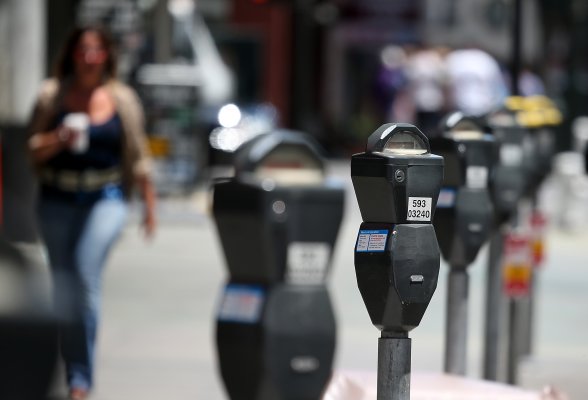