New Hampshire’s alcohol law might at first look just like those around the country, in that one must be 21 to purchase booze. It differs, however, in its handling of how out-of-town visitors can buy booze.

Here’s the hitch: Because the law focuses on other states and countries, it excludes U.S. territories. Which means that anyone from Washington D.C. may run into some problems when dropping in to one of the Granite State’s fine package stores.

The Associated Press reports that the issue arose earlier this month, when a clerk refused to sell alcohol to a 25-year-old resident of the nation’s capital. After the incident was reported by the Concord Monitor, the New Hampshire Liquor Commission “told retailers they should accept Washington, D.C., driver’s licenses when determining a buyer’s age, even though state law does not explicitly include them,” the AP said.

Van Ostern said he believes new legislation will likely be needed to permanently fix the problem. As it stands, the commission’s clarification doesn’t take into account residents of U.S. territories, he noted.

“I have no doubt this was an oversight, and I do think a fair reading of legislative intent would be to allow all those IDs, but I don’t think we should be putting it on individual store clerks to be trying to decide what legislators meant 20 years ago when they passed a law,” he said.

As one might guess, the law on New Hampshire’s books regarding tobacco products contains the same wording as the alcohol law. 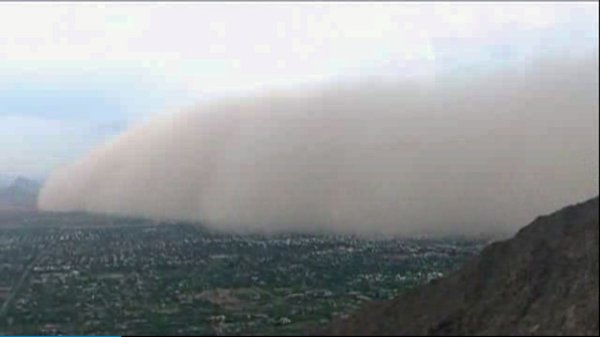 Watch this Dust Storm Overrun Phoenix
Next Up: Editor's Pick