The U.S. Office of the Director of National Intelligence, which released the civilian-taken satellite images Sunday, said they show visual evidence that Russia has been firing shells across the border at Ukrainian military forces. Officials also said the images show that Russia-backed separatists have used heavy artillery, provided by Russia, in attacks on Ukrainian forces from inside Ukraine.

A slide from a day earlier is said to show self-propelled artillery on the Russian side of the border oriented toward Ukraine, with impact areas near Ukrainian military units:

The Ukrainian military said Saturday it was poised to reclaim Donetsk, the city at the heart of the pro-Russian insurgency, even as Russian forces numbering around 15,000 amassed on the border, the Washington Post reports. 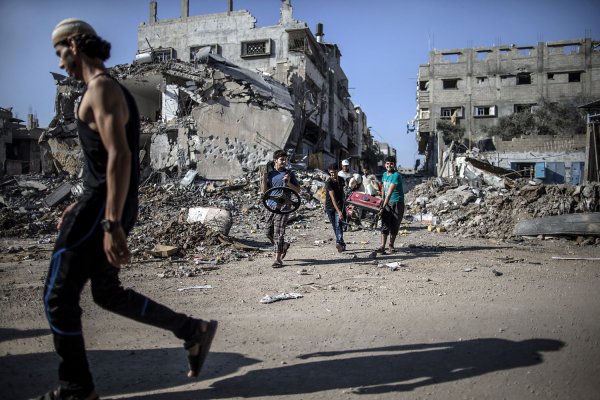