A year ago, when Greek start-up Workable had secured their initial funding deal, the company’s headquarters consisted of six guys – including the two founders, Nikos Moraitakis and Spyros Magiatis – in three barely furnished rooms. These days, 16 of Workable’s 18 employees fill a grander, yet still conspicuously relaxed office space on two floors in the plush Athenian district of Psychico. The new office has lofty views, an abundance of couches and beanbags. People walk around in flip-flops or bare feet. The company, which offers business clients user-friendly software to facilitate the hiring process, recently opened satellite offices in London and Portland, Oregon, and has just announced a $1.5 million funding round led by the venture capital fund Greylock IL.

For a Greek economy reeling from six years of recession, start-ups like Workable may offer hope for the future. The prospects of employment in government or with an established company have become less appealing and less likely for the droves of well-educated IT engineers produced by Greece’s universities. Unemployment in Greece stands at 27.5 percent, and youth unemployment has hovered around 60 percent for months. The country’s start-up sector is small, far too small to make a dent in the staggering joblessness numbers, but it is growing rapidly.

The turning point was the creation of four EU-backed venture capital funds in December 2012 that specifically target technology start-ups in Greece. Workable’s initial funding round came largely from one of these, JEREMIE-Openfund II, which has 11 million euros under management (70 percent from the EU), and which has already funded eight Greek start-ups in as many months. Aristos Doxiadis, an economist and a general partner at the fund, said its initial target was to invest in 25-30 companies by the end of 2015, which he feared might prove too ambitious, but is now well on track to being met. The three other funds are larger, managing between 17 and 30 million euros. The evolution has not been without its growing pains – among them a dearth of experienced investors – but in the past year, start-up growth has outpaced expectations.

Now, the highest-flying among Greece’s start-ups are already spreading beyond the local scene, led by deals like Workable’s funding round from Greylock. “It is certainly a boost for the local start-up ecosystem,” says Moraitakis, Workable’s 36-year old CEO, who has a degree in Software Engineering from Imperial College in London. Along with co-founder Magiatis, he previously worked at Upstream, a Greek mobile marketing company that serves operators in more than 40 markets.

The Greylock deal is the latest in a series of international successes for Greek start-ups. Last September, US-based software Company Splunk acquired Bug Sense, a mobile app analytics company. Taxibeat, a digital taxi-hailing application, secured $4 million in funding led by the European fund Hummingbird Ventures. “It’s not that big investors will suddenly put money in other Greek tech companies just because they come from the same place we do,” Moraitakis explains. “But it will help open doors for them.”

In fact, the deal already seems to have had a ripple effect. “After it was made public, a number of big players on the European venture capital circuit began asking us what other promising companies we can tell them about,” says Doxiadis of Openfund II, which also contributed to Workable’s current round of funding. Greylock IL, an affiliate of Silicon Valley-based Greylock Partners – one of the biggest venture capital firms in the world with over $2 billion under management, and among the most discerning investors in the new digital economy – has backed companies such as Facebook, LinkedIn and Dropbox. Its portfolio consists of 30 Israeli firms and only 9 European companies, including Workable.

Workable was founded in June 2012, a few days before the critical, repeat parliamentary elections in Greece that many thought would lead to its exit from the euro. Moraitakis came home to Athens from Dubai, where we has working for Upstream, just as the election campaign for the initial May poll was getting under way. His friends thought he was crazy. These days, having bucked the emigration trend, he is busy trying to engineer what he calls a “reverse brain drain” – bringing other talented Greeks back to Athens.

The first meeting between Workable’s founders and Greylock took place in November 2012 in London, when the company was still at a very early stage of development. The fund kept its eye on Workable’s product development, in particular its suitability for small and medium-sized firms that do not have dedicated HR departments. They saw the high rates of growth: in early 2014, the month-on-month increase in clients has reached 30%. That performance prompted investment despite Greece’s less than stellar reputation as a place to do business.

Greece’s economy is still very troubled; however, the ingredients are there for a startup that may turn out to be a world beater, and venture capitalists are taking notice. “We feel there are benefits to Greece,” says Tilly Kalisky, associate partner at Greylock IL. “There is qualified engineering talent at competitive costs compared to European and US equivalents. We feel that excellent entrepreneurs and companies can be created from anywhere.” 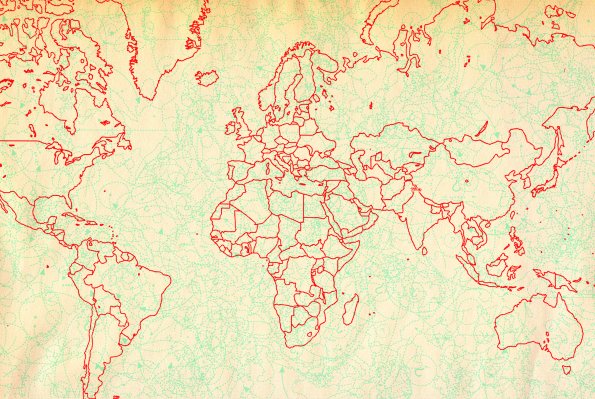 Geopolitics and the New World Order
Next Up: Editor's Pick