Sunwing Flight 772 was forced to make an emergency landing in Toronto at 8:55AM Friday because an “agitated customer made a direct threat against the aircraft,” an official at the Canadian airline said in a statement. The plane, which had departed at 7:00AM, was originally headed to Panama City.

Two U.S. F16 fighter jets from Toledo, Ohio were sent to escort the plane back to the airport, North American Aerospace Defense Command (NORAD) told Canada’s CBC News. Several officers with drawn guns boarded and removed the unruly passenger after the plane landed, one passenger told CBC. A Sunwing official said that the passenger was arrested by Peel police and is currently in custody, and that the craft is undergoing a “full security inspection” before returning to service.

Recent weeks have seen a rash of aviation disasters, with the crash of AH5017 in Mali, the crash of GE222 in Taiwan, and the downing of MH 17 in Ukraine last week. 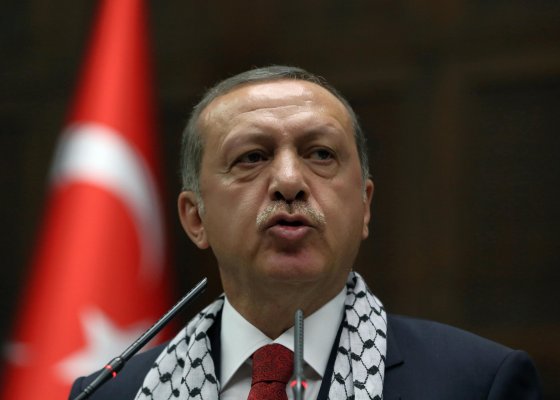 Hamas Still Has Some Friends Left
Next Up: Editor's Pick