A part of the fuselage of the downed Malaysia Airlines flight MH17 is pictured in a field near the village of Grabove, in the Donetsk region, on July 23, 2014.
Bulent Kilic—AFP/Getty Images
By Per Liljas

Investigators have found shrapnel-like holes in pieces of the fuselage belonging to the Malaysia Airlines Boeing 777 that crashed in eastern Ukraine last Thursday, allegedly after being struck by a missile.

Michael Bociurkiw, spokesman for the Organization for Security and Cooperation in Europe (OSCE), described the punctures as “almost machine gun-like holes,” and said that Malaysian aviation-security officials had inspected the damage before leaving the site on Thursday.

A second plane carrying bodies from the ill-fated jetliner arrived Thursday in the Netherlands. With 194 of the 298 people on board being Dutch, the Netherlands was the country that lost the most citizens in the crash. Confusion remains over how many bodies have actually been recovered, though. Russian-backed separatists in control over the crash site claim to have handed over 282 bodies, plus more than 80 body parts. However, Dutch officials estimate that the figure handed over could be lower. Meanwhile, monitors in Ukraine keep finding human remains in the area.

There’s still concern that the 12 km-long area over which plane debris has been scattered hasn’t been adequately secured. Farmers are operating agricultural equipment in fields that could contain further evidence or even human remains. Serhiy Bochkovsky, the head of State Service of Emergencies Ukraine, said the separatists were preventing his team from doing their job.

“They took away our tents, the ones which were at our base camp,” Bochkovsky told a news conference. “We were allowed only our equipment and machinery and we were chased away at gunpoint.” 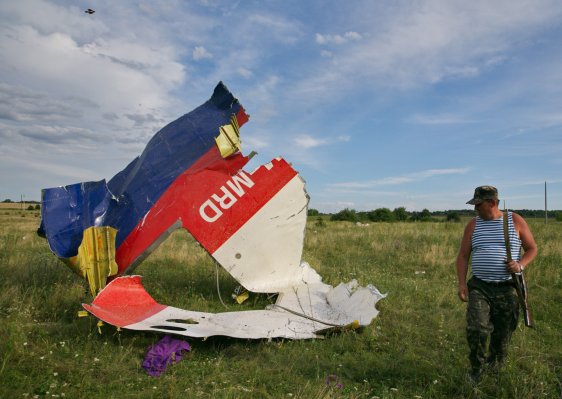 Russia to Comply With Dutch-Led MH17 Probe
Next Up: Editor's Pick