Actor Matthew McConaughey and director Christopher Nolan debuted a new trailer for their film Interstellar during a surprise visit to Comic-Con on Thursday. It was the first time either of the two has ever appeared at the San Diego convention.

“Thought it would be a fun thing to come down and see what all the fuss is about,” Nolan said to the audience in Hall H, according to Variety. So far, audiences have seen only cryptic trailers for Interstellar. Nolan explained that the movie will focus on space travel. “To be an astronaut was the highest ambition,” he said. “The idea to keep exploring space farther and farther… it (fell) off greatly. We are in a period of incredible technological change, (but it’s about) what’s in your pocket, your living room. I like the idea that we are on the cusp of a brand new era and we are traveling outwards more.” McConaughey expanded upon Nolan’s hints in more concrete detail: “Cooper is a pilot, an engineer and a widowed pilot of two children where civilization is just sustaining,” the Oscar-winner explained. “There’s food, clean water, but they don’t need any explorers, no new bright ideas. Then something happens and the dream of being a pilot agains knocks on his door.” The actor said that the movie pits his character’s loyalty to the human race against his love for his family. Though Nolan has a history of taking on ambitious projects, like the Dark Knight trilogy and Inception, the True Detective actor said, “By far, this is the most ambitious film that Christopher Nolan has ever directed.” The movie is set to premiere on Nov. 7 and will also star Anne Hathaway, Jessica Chastain, Michael Caine and Casey Affleck. [Variety] 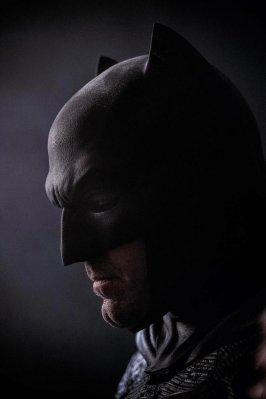 Check Out the Newest Picture of Ben Affleck As Batman
Next Up: Editor's Pick