A Palestinian man holds a girl injured during shelling at a U.N.-run school sheltering Palestinians, at a hospital in the northern Gaza Strip on July 24, 2014.
Alessio Romenzi for TIME
By Noah Rayman

At least 16 people were killed after a U.N.-run school sheltering Palestinians in northern Gaza was destroyed, officials said on Thursday.

According to the Gaza Health Ministry, 200 people were wounded in the attack. This marks the fourth time that a UN facility has been hit since Israel began Operation Protective Edge on July 8, the BBC reports.

Nearly 750 Palestinians and at least 32 Israeli soldiers have been killed in the fighting, which intensified last week when Israel launched a ground operation to destroy tunnels used by Hamas to deploy a regular stream of rockets into Israel.

The international community has struggled to broker a cease-fire between Israel and Hamas, the militant group that controls the Gaza Strip, even as the United Nations has condemned both sides in the conflict.

U.N. High Commissioner for Human Rights Navi Pillay said Wednesday there was a “strong possibility” that Israel was committing war crimes in Gaza while also condemning the indiscriminate rocket fire from Gaza. UN Secretary-General Ban Ki-moon has expressed “outrage and regret” after rockets were found to have been stored inside a UN building in Gaza.

A spokesman for the Israeli military, Lt. Colonel Peter Lerner, said that it was possible that the damage had been caused by Hamas rocket fire, Reuters reports. “We don’t strike schools. We don’t strike U.N. facilities. We do not target the United Nations,” he was quoted in the New York Times.

More than 140,000 Palestinians have been displaced in Gaza since the fighting, many of whom have taken shelter in UN buildings, the UN has said.

According to CBS, survivors at the school on Thursday said they were warned that the school was being targeted and were preparing to leave when Israeli forces opened fire. The Israeli military told CBS it was reviewing the incident.

An earlier version of this story drew a premature conclusion that the attack on the Gaza shelter was committed by Israel. The source of the attack has not yet been confirmed. 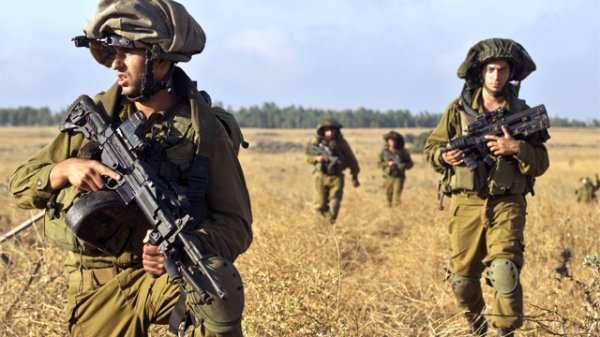 The History of Israel's Potent Defense Forces
Next Up: Editor's Pick