Conan O'Brien's Cameo in Sharktopus Vs Pteracuda Is Spectacular

Sharktopus vs. Pteracuda is coming.

Syfy is continuing it’s manifest destiny to be the destination for must-see, must-mock, made-for-TV movies with the very dramatic film produced by gore master Roger Corman and featuring talk show host Conan O’Brien. While the movie (event?) doesn’t air until August 2nd, fans don’t need to wait that long to see O’Brien’s spectacularly gruesome cameo, which in true Corman fashion is both horrifying and hysterical.

The clip was unveiled last night on Conan, when Corman stopped by to help promote the film, and while O’Brien’s part is just a cameo, it will undoubtedly be collected on listicles of Best Cameos Ever for years to come.

If you dare to watch, be forewarned it’s truly violent, patently disgusting and darkly humorous. That said, the clip brought the <em>Conan</em> studio audience to its feet for a well-deserved standing ovation. It’s just too bad that they only give out Oscars for films released in theaters.

MORE: The 64 Best Seconds of the Sharknado Trailer—Ranked! 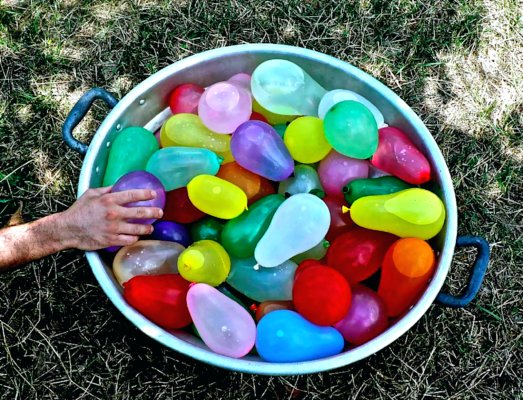 Hero Builds a Genius Machine That Can Fill 100 Water Balloons in a Minute
Next Up: Editor's Pick