Some people turn to Kickstarter for dumb ideas that clearly will not help anyone. (We’re looking at you, potato salad guy.) But other people, like this father of eight from Texas, use the crowdfunding site to raise money for something that could ACTUALLY ALTER THE COURSE OF HUMAN HISTORY.

Say hello to Bunch O Balloons, a contraption that solves a very real problem about water balloons: they’re so much fun, but they take forever to fill. No longer! This device will easily fill and tie 37 balloons in 20 seconds flat. You simply attach it to a hose and give it a gentle shake once the balloons are filled. Already tied, they’ll then drop right into a bucket below.

Creator Josh Malone set out to raise $10,000 to begin manufacturing this invention — and now, having raised more than $100,000, he’s clearly surpassed that goal.

This contraption will be especially handy if you’ve got sneaky pets who tend to pop your water balloons:

Now you’ll be all, Who cares? Give me just a minute and I’ll have 100 more where that came from! 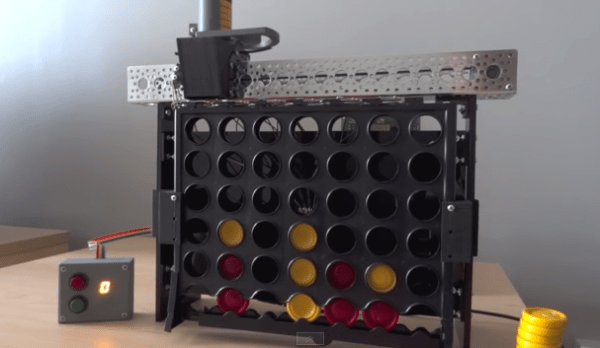 This Robot Would Very Much Like to Play a Game of Connect Four With You
Next Up: Editor's Pick