Ghostbusters Needs a Reboot, Not a Sequel

Under normal circumstances, a movie sequel without the star, writer or director from the wildly successful original would be considered a disappointment before it ever hit theaters. That’s where we are with Ghostbusters III right now: Bill Murray showed little interest in reprising his role as Dr. Peter Venkman; Harold Ramis, who wrote the first two films, passed away last month at the age of 69; and on Tuesday, Ivan Reitman revealed that he will be stepping down as director. If fans of the franchise are concerned, they could hardly be blamed.

But these aren’t normal circumstances. Ghostbusters is a 30-year-old franchise with a well-established comedy legacy, and it’s been 25 years since the second film was released. Trying to pass off a third film as just your typical, business-as-usual sequel would go about as well as you’d expect. According to the National Enquirer, when Bill Murray received the script for Ghostbusters III, he shredded it and sent a note back that said: “No one wants to pay money to see fat, old men chasing ghosts!” Of course, that’s the National Enquirer, so take it with a hefty grain of salt (more reliable reports say the larger difficulty was getting the script to Murray in the first place), but tabloid Bill Murray does have a point: no one wants fat old men chasing ghosts and ruining fond memories in the process — even if they would pay money to see it.

A big part of what made the first two films special was the combination of Murray’s manic energy, Aykroyd’s goofiness and Ramis’ stoicism. None of those things would be possible for a Ghostbusters film that starts production in early 2015. And now without Reitman, it’s likely that the third Ghostbusters film will bear even less resemblance to the first two.

And yet, this is a good thing. Reports on the Ghostbusters III script indicate that original cast members will be involved only in some minor way, and that new ghostbusters will be brought in to handle the bulk of the paranormal activities. This means that Ghostbusters III will be more a reboot than a sequel — and after a 25-year hiatus, that’s the approach that makes more sense. Indiana Jones, Rocky and Wall Street all attempted sequels long after their primes and none was met with much in the way of commercial acclaim.

On the other hand, one of the most popular comedies in recent memory, 21 Jump Street, was itself a reboot and has spawned the ever-elusive reboot sequel, 22 Jump Street, which hits theaters this summer. Jump Street cast its leads perfectly and had a script that respected the original’s material without allowing it to monopolize the plot — and managed to poke fun at the franchise in the process. That model could make the new Ghostbusters movie a huge success. While it’s true that the Ghostbusters reboot would have a larger legacy to live up than the Jump Street reboot, it will arrive with far more fanfare and built-in support.

It’s a well-established rule that Bill Murray makes everything better, but if carried out properly? The Ghostbusters reboot might be the one exception. 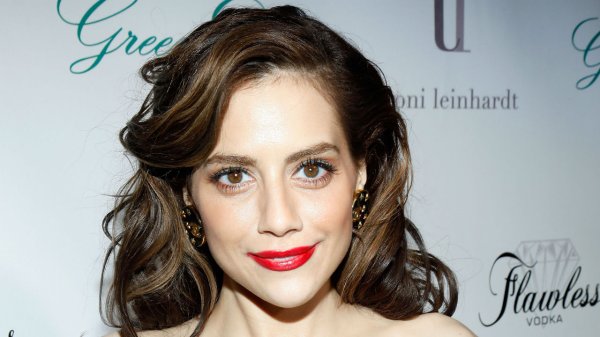 Brittany Murphy's Last Movie Will Be Released
Next Up: Editor's Pick