Stop Fem-Splaining: What 'Women Against Feminism' Gets Right

The latest skirmish on the gender battlefield is “Women Against Feminism”: women and girls taking to social media to declare that they don’t need or want feminism, usually via photos of themselves with handwritten placards. The feminist reaction has ranged from mockery to dismay to somewhat patronizing (or should that be “matronizing”?) lectures on why these dissidents are wrong. But, while the anti-feminist rebellion has its eye-rolling moments, it raises valid questions about the state of Western feminism in the 21st century — questions that must be addressed if we are to continue making progress toward real gender equality.

Female anti-feminism is nothing new. In the 19th century, plenty of women were hostile to the women’s movement and to women who pursued nontraditional paths. In the 1970s, Marabel Morgan’s regressive manifesto The Total Woman was a top best seller, and Phyllis Schlafly led opposition to the Equal Rights Amendment. But such anti-feminism was invariably about defending women’s traditional roles. Some of today’s “women against feminism” fit that mold: they feel that feminism demeans stay-at-home mothers, or that being a “true woman” means loving to cook and clean for your man. Many others, however, say they repudiate feminism even though — indeed, because — they support equality and female empowerment:

“I don’t need feminism because I believe in equality, not entitlements and supremacy.”

“I don’t need feminism because it reinforces the men as agents/women as victims dichotomy.”

“I do not need modern feminism because it has become confused with misandry which is as bad as misogyny, and whatever I want to do or be in life, I will become through my own hard work.”

Or, more than once: “I don’t need feminism because egalitarianism is better!”

Again and again, the dissenters say that feminism belittles and demonizes men, treating them as presumptive rapists while encouraging women to see themselves as victims. “I am not a victim” and “I can take responsibility for my actions” are recurring themes. Many also challenge the notion that American women in the 21st century are “oppressed,” defiantly asserting that “the patriarchy doesn’t exist” and “there is no rape culture.”

One common response from feminists is to say that Women Against Feminism “don’t understand what feminism is” and to invoke its dictionary definition: “the theory of the political, economic and social equality of the sexes.” The new anti-feminists have a rejoinder for that, too: they’re judging modern feminism by its actions, not by the book. And here, they have a point.

Consider the #YesAllWomen Twitter hashtag, dubbed by one blogger “the Arab Spring of 21st century feminism.” Created in response to Elliot Rodger’s deadly shooting spree in Isla Vista, Calif. — and to reminders that “not all men” are violent misogynists — the tag was a relentless catalog of female victimization by male terrorism and abuse. Some of its most popular tweets seemed to literally dehumanize men, comparing them to sharks or M&M candies of which 10% are poisoned.

Consider assertions that men as a group must be taught “not to rape,” or that to accord the presumption of innocence to a man accused of sexual violence against a woman or girl is to be complicit in “rape culture.” Consider that last year, when an Ohio University student made a rape complaint after getting caught on video engaging in a drunken public sex act, she was championed by campus activists and at least one prominent feminist blogger — but a grand jury declined to hand down charges after reviewing the video of the incident and evidence that both students were inebriated.

Consider that a prominent British feminist writer, Laurie Penny, decries the notion that feminists should avoid such generalizations as “men oppress women”; in her view, all men are steeped in a woman-hating culture and “even the sweetest, gentlest man” benefits from women’s oppression. Consider, too, that an extended quote from Penny’s column was reposted by a mainstream reproductive-rights group and shared by nearly 84,000 Tumblr users in six months.

Sure, some Women Against Feminism claims are caricatures based on fringe views — for instance, that feminism mandates hairy armpits, or that feminists regard all heterosexual intercourse as rape. On the other hand, the charge that feminism stereotypes men as predators while reducing women to helpless victims certainly doesn’t apply to all feminists — but it’s a reasonably fair description of a large, influential, highly visible segment of modern feminism.

Are Women Against Feminism ignorant and naive to insist they are not oppressed? Perhaps some are too giddy with youthful optimism. But they make a strong argument that a “patriarchy” that lets women vote, work, attend college, get divorced, run for political office and own businesses on the same terms as men isn’t quite living up to its label. They also raise valid questions about politicizing personal violence along gender lines; research shows that surprisingly high numbers of men may have been raped, sometimes by women.

For the most part, Women Against Feminism are quite willing to acknowledge and credit feminism’s past battles for women’s rights in the West, as well as the severe oppression women still suffer in many parts of the world. But they also say that modern Western feminism has become a divisive and sometimes hateful force, a movement that dramatically exaggerates female woes while ignoring men’s problems, stifles dissenting views, and dwells obsessively on men’s misbehavior and women’s personal wrongs. These are trends about which feminists have voiced alarm in the past — including the movement’s founding mother Betty Friedan, who tried in the 1970s to steer feminism from the path of what she called “sex/class warfare.” Friedan would have been aghast had she known that, 50 years after she began her battle, feminist energies were being spent on bashing men who commit the heinous crime of taking too much space on the subway.

Is there still a place in modern-day America for a gender-equality movement? I think so. Work-family balance remains a real and complicated challenge. And there are gender-based cultural biases and pressures that still exist — though, in 21st century Western countries, they almost certainly affect men as much as women. A true equality movement would be concerned with the needs and interests of both sexes. It would, for instance, advocate for all victims of domestic and sexual violence regardless of gender — and for fairness to those accused of these offenses. It would support both women and men as workers and as parents.

Should such a movement take back feminism — or, as the new egalitarians suggest, give up on the label altogether because of its inherent connotations of advocating for women only? I’m not sure what the answer is. But Women Against Feminism are asking the right questions. And they deserve to be heard, not harangued. As one of the group’s graphics says, “I have my own mind. Please stop fem-splaining it to me.”

Cathy Young is a contributing editor at Reason magazine. 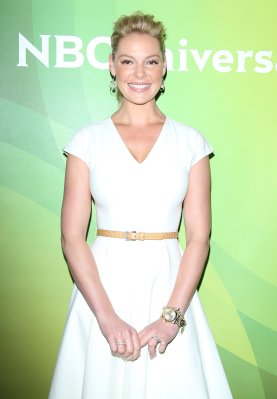 Katherine Heigl Denies That She Is 'Difficult'
Next Up: Editor's Pick