These Are the 15 Highest-Paid Women in America

Corporate America is still largely run by men. But women are catching up. According to the Harvard Business Review, “Sixty percent of the top U.S. companies now have at least two women on their executive committees.” Female leaders have dominated headlines in recent years, leading mergers, overseeing IPOs, acquiring companies, and defining their organizations’ overall strategy. So who are these powerful women? Research engine FindTheBest studied public company filings with the SEC to find out, compiling the following list of the 15 highest compensated female executives of 2013.

Perhaps the best-known name from the list above is Sheryl Sandberg, who served as VP of sales and operations at Google before joining Facebook as COO in 2008. The Lean In author has since helped Facebook through a shaky IPO and refined the company’s increasingly important mobile strategy. She earned $16.1 million in total annual compensation in 2013.

Also an ex-Google exec is Marissa Mayer, who left her position as a VP in 2012 to help bring Yahoo—then floundering to stay afloat—back above water as CEO. During her first year, Mayer acquired Tumblr for $1.1 billion and saw Yahoo’s stock prices rise by 73 percent. She returned $3 billion back to shareholders through selling Yahoo’s stake in Alibaba (a Chinese e-commerce company) and, in the process, made $24.9 million for herself.

Another powerhouse from the tech world, Meg Whitman made $17.6 million in 2013. Although she’s the former CEO of eBay and current CEO of Hewlett-Packard, Whitman’s credentials extend beyond tech. She’s held executive positions at a swath of companies including Hasbro Inc., The Stride Rite Corporation (a footwear company), Bain & Company and Walt Disney. She also ran for CA governor in 2010.

Although Sheryl Sandberg, Marissa Mayer, and Meg Whitman are among the biggest household names for female execs, none of them took the spot of top earner. Number one went to the CFO of Oracle, Safra Catz. Not only did Catz make more than did any other female executive ($44.3 million), but she topped the The Wall Street Journal’s report of the highest paid CFO’s in 2013, earning more than every male CFO. This article was written for TIME by Kiran Dhillon of FindTheBest. 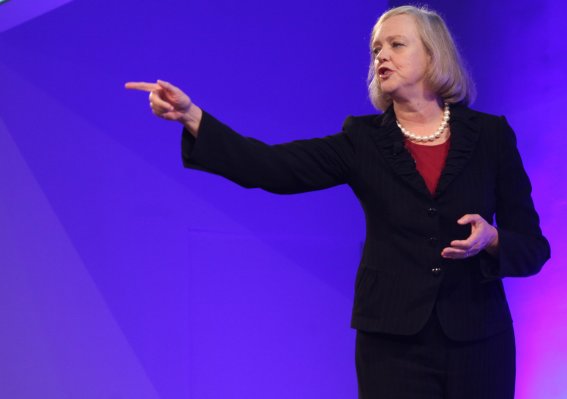 25 CEOs Who Are Perfectly Happy Making a $1 Salary
Next Up: Editor's Pick