Mariam Ibrahim, from Sudan, disembarks with her children Maya, in her arms, and Martin, accompanied by Italian deputy Foreign Minister Lapo Pistelli, after landing from Khartoum, at Ciampino's military airport, on the outskirts of Rome, Thursday, July 24.
Riccardo De Luca—AP
By Noah Rayman

A Sudanese woman who faced the death sentence for refusing to renounce Christianity met with Pope Francis on Thursday, hours after she safely landed in Italy en route to the United States, the Vatican said.

Mariam Yahya Ibrahim met with the Pope in a “very serene and affectionate” environment, Vatican spokesperson Federico Lombardi said in a statement. He said Francis met with Ibrahim and her family to show “his closeness and prayers” for everyone who suffers as a result of their faith.

Ibrahim, 27, was imprisoned for apostasy in February under Sudan’s strict Islamic law, after converting from Islam to marry her Christian husband, a U.S. citizen. Born to a Muslim father but raised Orthodox Christian, she refused to convert back under threat of death.

Ibrahim was ultimately spared the death sentence amid growing international outrage, but was detained when she tried to leave the country last month. She has since been sheltered in the U.S. Embassy in Khartoum, and the State Department has been negotiating for her departure.

Sudan’s Sharia laws have been used sporadically since they were imposed in the 1980s, and no one has been put to death for apostasy since 1985, according to NBC News. But Ibrahim’s case drew widespread international attention, and the U.S. and human rights groups called for her release. She is now expected to head to the U.S. in the coming days with her two children and American husband. 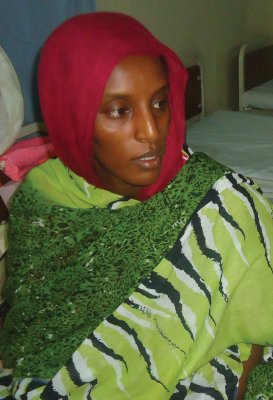