John Zemblidge, right, leads a group of about a dozen death-penalty opponents as they protest the execution of Joseph Wood at the state prison in Florence, Ariz., on July 23, 2014
Associated Press
By Josh Sanburn

An hour into Joseph Wood’s execution, as the condemned prisoner gasped for air and struggled to breathe, Wood’s attorneys were filing motions in federal district court and the state supreme court in an attempt to get an order to resuscitate the death-row inmate as he lay on the gurney.

Wood’s lethal injection, almost two hours long, is the third execution this year widely considered “botched,” raising new questions surrounding the efficacy of the method as state officials once again pledge an investigation into why it went awry.

Wood’s lawyers attempted to get a stay for his execution, based initially on First Amendment grounds that Wood, convicted of murdering his ex-girlfriend and her father in 1989, had a right to know the origins of the execution drugs being used. The U.S. Ninth Circuit Court of Appeals sided with Wood and issued a stay, but the Supreme Court lifted it. In a last-minute appeal, Wood’s attorneys argued that the drugs posed a risk of violating the Eighth Amendment’s ban on cruel and unusual punishment, but the Arizona Supreme Court failed to grant a stay.

At 1:52 p.m. on Wednesday, Wood was led into the execution chamber and strapped to the gurney. Midazolam, a sedative, and hydromorphone, used to halt breathing, were administered. About five minutes into the process, Baich says, a medical-team member came into the chamber and announced that Wood was unconscious. But his condition soon changed.

“About two or three minutes later, I noticed his lips moved slightly,” Baich says. “And then two minutes after that, he was gasping for air. He started breathing. And he was pressing up against the restraining straps. And that went on for about an hour.”

Baich says Wood was taking deep, long breaths — “like he was gasping, like he was drowning.” He adds that someone from the department of corrections’ medical staff checked on Wood seven times throughout the two-hour process. Michael Kiefer, a writer for the Arizona Republic, reported that Wood gasped 640 times.

Meanwhile, Baich was filtering information to another attorney, who was filing a motion in U.S. District Court and the Arizona Supreme Court in an attempt to get an order to resuscitate the inmate. Wood died during the hearings.

Arizona Governor Jan Brewer has asked for a review of the state’s lethal-injection process, saying she was “concerned by the length of the time it took” to complete the execution but denied that Wood was in pain.

“One thing is certain, however, inmate Wood died in a lawful manner and by eyewitness and medical accounts he did not suffer,” Brewer said in a statement.

Wood’s execution appeared to be eerily similar to that of Dennis McGuire, a convicted murderer who was executed in Ohio with the same drug combination used in Arizona. McGuire reportedly made snoring noises, similar to the ones made by Wood, during his 25-minute execution. Lethal-injection executions generally take 10 to 15 minutes to complete. 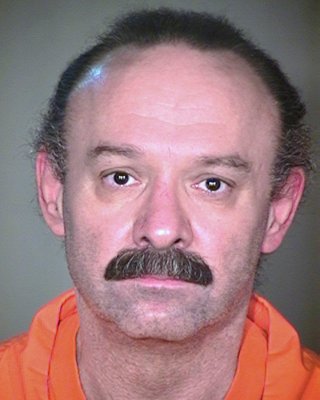