Janelle Monae Has a Secret Video of Barack Obama Dancing

Obama’s three-day West-coast fundraising tour for Democratic candidates took him to the Los Angeles home of Scandal and Grey’s Anatomy creator Shonda Rhimes Wednesday, where he hobnobbed with the likes of Monae and Kerry Washington.

At the 450-person fundraiser for the Democratic National Committee — to which tickets started at $1,000 a head — Obama revealed that Monae was in possession of a top secret video of presidential dancing.

“Janelle has performed at the White House, like, 15 times,” Obama told the audience. “There’s going to be an official Janelle Monae room in the White House. We love her. Michelle and I love Janelle. We love her energy. We love her talent. But we most of all love her character. And anybody who gets a chance to talk to her, this is just a remarkable, strong, smart young lady.

“And I have to say nice things about her because she may be the only person in possession of a video in which I try to keep up with her and Usher on the dance floor,” Obama continued. “Now, this is top secret. She has promised that this will never be released. But she can blackmail me at any time.”

Monae called out “I love you!” to the Commander-in-Chief, to which he replied with his trademark “I love you back,” adding, “You do have that video, though, don’t you?”

Monae said she did, prompting the president to ask her to “testify” to his skills. “Now, tell the truth, though, Janelle — I wasn’t bad, though, was I? I’m just saying. Go ahead, testify just a little bit…Let me say I did not drop in splits. But I did bust a move. That I did do.”

Obama then recognized Washington, one of the earliest celebrities to back his 2008 candidacy, for being on his side when many Americans couldn’t pronounce his name correctly. “She pushed when the wagon was stuck in the mud — she was out there,” Obama said. “And she’s just been a great friend. Plus she showed me her baby pictures, and that is one cute baby.”

The West Coast swing has proven to be a controversial one for Obama, both for its timing amid multiple foreign policy crises and the secrecy surrounding fundraising events for two Democratic super PACs. White House officials defended Obama’s decision to continue with the trip despite the shooting down of Malaysia Airlines Flight 17 and the ongoing conflict in Gaza, saying that the president’s ability to manage the situations would not be impaired by keeping his schedule. While on the trip, Obama called Secretary of State John Kerry Wednesday to discuss efforts to bring about a ceasefire between Israel and Hamas in Gaza.

The White House did not make public the list of attendees at the two super PAC fundraisers, one each House Majority PAC and Senate Majority PAC, or what they had contributed to gain access to the president. Reporters were not allowed to attend either session. “Without a doubt, I think we’ve done more to achieve the President’s commitment to transparency than any other previous administration,” said White House principal deputy press secretary Eric Schultz.

Obama returns to Washington late Thursday after another fundraiser for the DNC and delivering a speech on the economy. 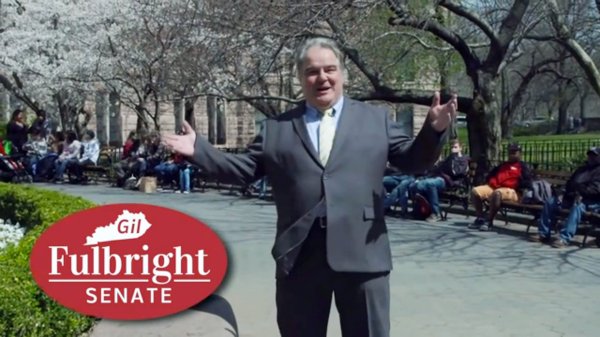 If Campaign Ads Told the Truth, They Would Sound Like This
Next Up: Editor's Pick