Joseph Wood is pictured in this booking photo.
Arizona Department of Corrections—Reuters
By Maya Rhodan

Arizona death row inmate Joseph Wood gasped and struggled for breath for at least an hour on Wednesday during what is being considered another botched execution using a lethal cocktail of drugs.

“The experiment using midazolam combined with hydromorphone to carry out an execution failed today in Arizona,” one of Wood’s attorneys, Dale Baich, said in a statement. “It took Joseph Wood two hours to die, and he gasped and struggled to breath for about an hour and forty minutes.”

According to the Arizona Attorney General’s office, Joseph R. Wood III, who was sentenced to death for killing his ex-girlfriend and her father in 1991, was pronounced dead at 3:49pm, nearly two hours after his execution commenced at 1:52p.m.

During the execution, Wood’s attorneys filed an emergency appeal in federal court claiming Wood was “gasping and snorting for more than an hour,” according to the Associated Press.

Baich witnessed the execution and says Arizona now joins the number of states that have “been responsible for an entirely preventable horror — a bungled execution.”

“We will renew our efforts to get information about the manufacturer of drugs as well as how Arizona came up with the experimental formula of drugs it used today,” Baich’s statement said.

Arizona Governor Jan Brewer issued a statement expressing concern at the time it took to execute Wood. “I directed the Department of Corrections to conduct a full review of the process,” the Governor said. However, she added: “Wood died in a lawful manner and by eyewitness and medical accounts he did not suffer. This is in stark comparison to the gruesome, vicious suffering that he inflicted on his two victims and the lifetime of suffering he has caused their family.”

A request for comment from the Arizona Department of Corrections was not immediately returned.

Wood’s execution came after what Arizona Attorney General Tom Horne described as “after several days of legal maneuvering.” On Tuesday, the Supreme Court lifted Wood’s stay of execution following the U.S. Ninth Circuit Court of Appeal’s decision to postpone his death due to the mystery around the lethal injection drugs that would be used.

One of the judges that issued the original stay, Judge Alex Kozinski, said in an opinion that the firing squad would likely be a better option for executions.

“Eight or ten large-caliber bullets fired at close range can inflict massive damage, causing instant death every time,” Kozinski said. “Sure, firing squads can be messy, but if we are willing to carry out executions, we should not shield ourselves from the reality that we are shedding human blood.”

Most Popular on TIME
1
What the Freemasons Taught the World About Secrecy
2
The Next Global Depression Is Coming and Optimism Won’t Slow It Down
3
Why the U.S. Is Losing the War On COVID-19 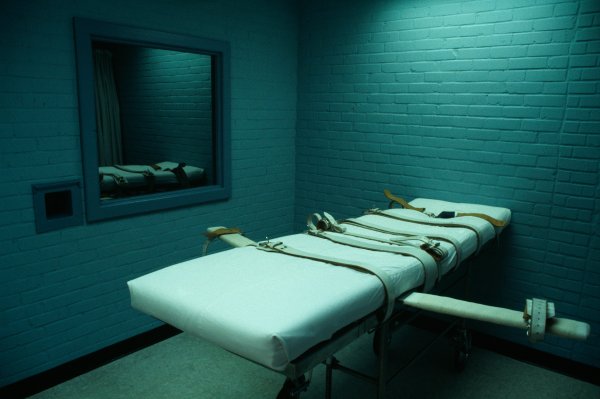