Walmart may often get criticized for not paying its workers a living wage, but according to a new working paper, climbing the corporate ladder within the chain can lead to substantial income. In fact, the National Bureau of Economic Research found, Walmart store managers make an average salary of $92,462 per year.

The authors of the new working paper used data from career site Glassdoor and the Census Bureau’s Current Population Survey to analyze and compare average salaries of employees at some of the U.S.’s largest retail chains including Walmart, Costco, Whole Foods, and Starbucks. According to the analysis, Walmart store managers are among the highest paid in the nation, with Costco leading the pack with average manager salaries of $109,000. At Starbucks and Whole Foods, store managers bring home on average $44,632 and $75,775, respectively.

However, while store manager pay ranks high, according to NBER, Walmart cashiers earn about $8.48/hour and are paid less than their counterparts at the other chains. At Starbucks, “baristas” make $8.80 an hour, on average, while those at Whole Foods and Costco make $10.31 and $11.59. Cashiers at three out of four of the retailers make less than the average national hourly cashier rate of $11.22/hour. 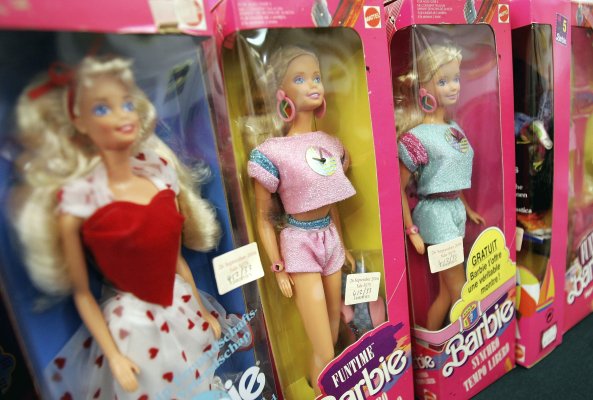 Here’s Why Barbie Is Having a Pretty Rough Month
Next Up: Editor's Pick