There are great American political fundraisers. And then there are Hillary and Bill Clinton, the first couple of American political fundraising. Few in American history have collected and benefited from so much money in so many ways over such a long period of time. Since they arrived on the national political scene 32 years ago, the Clintons have attracted at least $1.4 billion in contributions, according to a review of public records by TIME and the Center for Responsive Politics.

That sum helps illustrate Hillary Clinton’s enormous advantage should she decide to run for President in 2016. Much of the money, raised through two Senate and three Presidential campaigns, was gathered together in small checks by an extensive network of donors and fundraisers. Other donations came in the form of six-figure “soft money” donations from wealthy individuals during Bill Clinton’s presidency. A third category includes money the couple has raised for the Clinton Foundation, the family’s global non-profit, through speaking engagements for Bill Clinton, and through outside political spending that benefitted the Clinton efforts.

The records also show a select group of top donors who have given in multiple ways to the Clintons over the years. Many of these same donors, including people like S. Daniel Abraham, founder of diet supplement company Slim Fast, and Susie Tompkins Buell, founding of the clothing company Espirit, have formed personal friendships with the Clintons, even as they have continued to pursue public policy campaigns around issues like U.S. relations with Israel and the Keystone XL pipeline.

Through the years, the Clintons have adjusted over time to the changing rules that govern political contributions. Craig Smith, a longtime adviser to the Clintons who is now helping to organize the Ready for Hillary PAC, estimates that a Hillary 2016 candidacy could cost as much as $1.7 billion, including the money raised and spent on her behalf by outside groups. That would make the effort about 150% more expensive than the 2012 Obama effort, an increase in line with historical norms.

[See profiles of the top donors.]

The data for this analysis is drawn from three broad categories.

Campaign contributions: Direct giving to Hillary and Bill Clinton’s campaigns for the Senate and the Presidency going back to 1992, as reported to the Federal Election Commission. It includes both individual contributions and money from other PACs given to either the leadership committees or joint fundraising committees of the Clintons. These figures also include “soft money” contributions to the Democratic National Committee during Bill Clinton’s 1992 campaign and his presidency. Those donations were later eliminated by the 2002 campaign finance reform law.

Non-political contributions: Speaking fees collected by Bill Clinton up to 2008, and contributions to the Bill, Hillary, and Chelsea Clinton Foundation. Figures for Bill Clinton’s speaking fees are based on filings from Hillary Clinton’s tenure in the Senate. The foundation has only released a list of donors grouped by the contribution ranges, so in all cases the interactive assumes that each donor gave the smallest amount possible in that category. The range of contribution, from all foundation donors, as reported by the foundation, could go as high as $1.3 billion.

Outside spending: Independent expenditures on behalf of the Clintons, as well as contributions to Ready for Hillary PAC, an independent super PAC created to support Clinton in 2016, which she has told friends she grateful to have organized on her behalf. 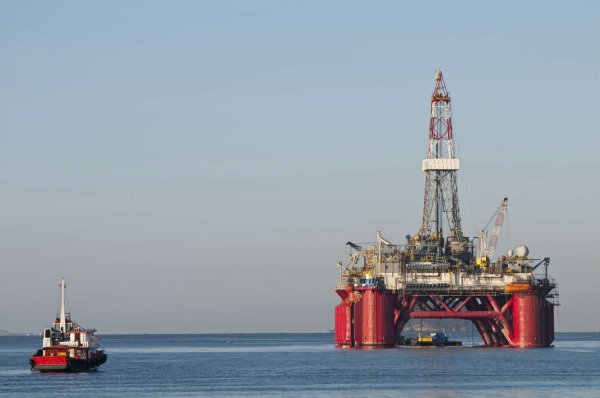 Obama Approves Sonic Cannons to Map Atlantic for Offshore Oil and Gas
Next Up: Editor's Pick