Bourbon may be booming and more wineries are cropping up all over the nation, yet Americans still prefer a cold brew over a glass of wine or whiskey.

According to Gallup, 41% of U.S. drinkers say they typically drink beer, compared with 31% who generally prefer wine and 23% who reach for liquor. It’s the biggest gap between beer and wine in six years.

While wine briefly outpaced beer in 2005, brews have remained the drink of choice for Americans since the 1990s, when almost half of Americans said they typically drink beer. Almost half of women, however, choose wine while only 17% of men choose it over other alcoholic drinks (57% opt for beer).

In June, the number of breweries in the U.S. reached 3,000 for the first time since before Prohibition, according to the Brewers Association, an industry trade group. Domestic wine production is also up, increasing by 6.3% in 2013, according to Wines & Vines magazine. But even with that growth, the percentage of adults who said they prefer wine dropped to 31% from 35% just a couple years ago. And despite the rise of craft distilleries and an uptick in sales of brown spirits like whiskey, just 23% of American drinkers choose spirits over beer and wine, a number virtually unchanged since 2002.

Gallup’s survey also found that 64% of U.S. adults say they drink alcohol, up from 60% a year ago, and they consume an average of just over 4 drinks per week. 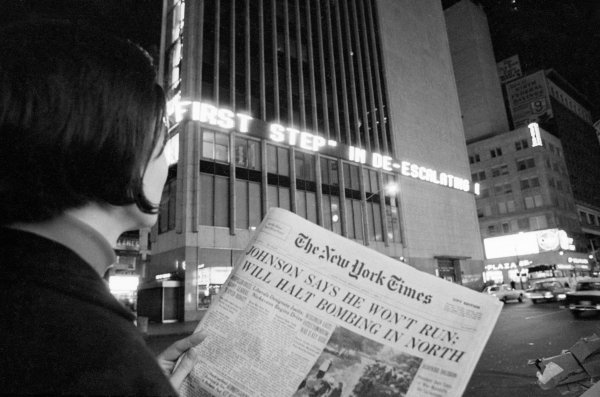 How The World Has Changed Since 1850 in 11 Charts
Next Up: Editor's Pick