Why Obama Wants Israel to 'Do More' About Civilian Deaths

As the death toll in Gaza escalates, so does the pressure from Washington on Israel to limit the killing. President Obama has conveyed his “concern” about Palestinian civilian casualties to Israeli Prime Minister Benjamin Netanyahu. “Hell of a pinpoint operation,” John Kerry sardonically cracked on Sunday. Former U.S. Secretary of State Madeleine Albright told CNN Tuesday that Israel appears to be “over doing it,” and is hurting its “moral authority.”

But while the U.S. is clearly distressed about the rising civilian death toll in Gaza, now at around 650 Palestinian dead, the Obama administration won’t say what it wants Israel to do about it.

“I think probably they could take some greater steps, maybe could do a little bit more,” State Department spokeswoman Marie Harf said on Tuesday.

But when pressed to explain what “do more” actually means, Harf demurred. “I don’t have any specifics for you. It’s a conversation we’ll continue having with them.”

Harf wasn’t going off message. Later in the day, deputy national security advisor Ben Rhodes also said that Israel “can do more” to curtail the death of innocents. But Rhodes did not elaborate either.

So it’s not quite clear just what the Obama team is trying to say. There are a few ways Israel could “do more” to limit Palestinian casualties, but we have to guess at what Washington means.

One would be for Israel to hold its fire entirely. But that’s clearly not the U.S. position. Obama wants Israel to agree to a ceasefire, but not a unilateral one. U.S. officials repeat over and over that Israel has a right to defend itself from Hamas’s rocket attacks.

Is it Israel’s ground invasion that America opposes? It is true that the U.S. sought to dissuade it. “Nobody wants to see a ground invasion because that would put more civilians at risk,” White House spokesman Josh Earnest said on July 14, days before Israeli troops crossed Gaza’s border. But the U.S. has not appealed for an Israeli ground withdrawal.

That leaves the question of specific targeting decisions. Israel says it is extremely careful in this regard, noting that it takes steps to warn innocents about impending attacks, including evacuation notices, cell phone calls and low-explosive warning “knocks.” But it has still killed numerous Palestinians in their homes. Two weeks ago it killed several young boys playing on a beach. This week, its tanks shelled a Palestinian hospital that Israel said Palestinian militants were using as a base. Both tragic and damaging to Israel’s reputation, these are probably the sorts of incidents the U.S. would like to prevent.

Israeli officials say that of course they don’t want to bomb hospitals—but that they’re in an impossible position. Hamas fighters operate in civilian areas, and store weapons or plan battles from places like homes and hospitals, they say. The Israelis even argue that Hamas actually welcomes and facilitates the death of its people. Hamas has urged Gazans to ignore Israeli evacuation orders. In recent footage from Hamas’s television network shown to TIME by an Israeli official, a Hamas leader says: “We, Hamas, call on our people to adopt this practice” of “sacrificing themselves to defend their homes.”

In this challenging environment, Israeli officials say they analyze every strike, consulting military lawyers as they run a calculation that involves a kind of moral mathematics. As Israel’s ambassador to Washington Ron Dermer told reporters yesterday, that means weighing the civilian toll of a strike against the potential future harm to Israeli soldiers and civilians that might come from inaction.

That’s obviously an extremely difficult—and highly subjective—calculation. Dermer says Israel would never kill fifty children in a classroom to destroy one Hamas rocket; whereas he says one civilian death would be an acceptable price for destroying 200 rockets. But where’s the line? Would Israel accept the death of one child to destroy a dozen rockets? A dozen children for 500 rockets? Bear in mind that those rockets almost never land with lethal results; two Israelis have been killed by the roughly 2000 Hamas rockets fired this summer. That’s a 0.1 percent fatality rate per rocket. And yet any given rocket could destroy a school bus or nursing home and render that figure tragically obsolete.

Nor are fatalities the only relevant metric. Israel is also trying to measure the impact of those rockets on its society, economy, and tourism industry. And how to weigh the economic and psychological cost of cancelled flights into Israel’s Ben Gurion international airport? Then there’s the additional matter of Hamas’s underground tunnels, meant to enable terrorism and kidnapping within Israel, and the stated reason for Israel’s ground invasion.

When Obama officials ask Israel to “do more,” they seem to be encouraging a revised moral equation. Of course, the U.S. can never micromanage individual targeting decisions. But Obama may want Israel to conduct fewer strikes, perhaps omitting targets like hospitals, even that if it means accepting more risk to its soldiers and civilians. Some philosophers contend that demonstrably accepting more risk to protect civilians is the grim duty of a just combatant against an enemy using civilian shields.

Beyond the humanitarian and philosophical argument for that, there’s also a strategic one. Israel must weigh the Hamas threat against a more intangible threat to its international reputation. The United Nations’ top human rights official is suggesting that Israel (along with Hamas) may be guilty of war crimes. Yes, we’ve been here before: a 2009 U.N. report charged Israel with targeting civilians during its 2006 offensive in Lebanon. Its chief author later recanted that conclusion—but not before real damage was done to Israel’s image.

Which brings us back to Obama. The president doesn’t want to appear indifferent to Palestinian suffering—one senior official recalls how his standing in the Muslim world plunged after he seemed to condone Israel’s December 2008 Gaza incursion—even if he sympathizes with Israel, and might even respond in much the same way. Obama has accepted plenty of civilian casualties in Afghanistan and from U.S. drone strikes elsewhere, after all. But he evidently feels he needs to say something, even if it’s not very clear what he means. 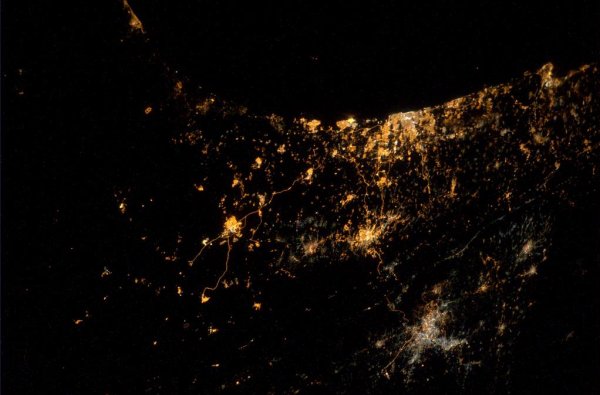 Here's What Gaza Explosions Look Like From Space
Next Up: Editor's Pick