I Left My Kids With a Babysitter to Go to a Job Interview—And Came Home to Find Them Hungry, Naked, and Locked Up

On a beautiful summer’s day last week, a mother was arrested for letting her daughter play at the park, rather than taking her to McDonald’s.

Debra Harrell’s 9-year-old daughter was tired of waiting around the fast-food restaurant in North Augusta, South Carolina, where her mother worked. The laptop Harrell had purchased to keep her daughter occupied during her shifts had recently been stolen from their home. When Harrell’s daughter asked to be dropped off at a well-populated park instead, Harrell agreed, giving her daughter a cell phone for emergencies. This worked fine for two days, but on the third, a woman asked the girl where her mother was. When the answer was “at work,” the woman called the police. Harrell was jailed and her daughter was put in the custody of the Department of Social Services.

Many people were outraged that a mother would allow her child to go unsupervised for so many hours. The authorities deemed it worthy of an “unlawful conduct towards a child” charge. Obviously, this wasn’t an ideal childcare situation, but Harrell made an educated risk assessment based on the information and resources—not many—at hand. The fact of the matter is that child abductions in a public place by a stranger are incredibly rare. Nationally, 76% of abductions are friend or family related.

People forget, but finding safe, trustworthy, affordable childcare is a luxury many don’t have. Even doing things the “right way” can go terribly awry.

In 2010, my family moved from Connecticut to Florida for my husband’s new job. After he had been unemployed for almost two years, living 18 hours away from our friends, family and support system seemed a small price to pay for full-time work, especially since we had two new children to support.

About three months into our stay, I secured a job interview for a television station in Jacksonville, about two hours from where we lived. While our family of four was finally making $55,000 a year, we had lost all our savings in the economic crash and had accrued some debt. Our credit rating was smashed, and we were hemorrhaging funds into a house back in Connecticut that was worth $100,000 less than what we’d paid for it, on top of paying our new rent. We were no longer on public assistance, but the outflow of money was far greater than the inflow. In fact, during our first months in Florida, we were worse off financially than we had been when I had been working (and making far less) in Connecticut. Accepting the job interview seemed like the only option.

Our regular babysitter, a college student who had trained with me and had stayed with my two young daughters alone a few times, couldn’t make it, but suggested a friend of hers who had met my kids briefly. She seemed good with them based on the few minutes of interaction I’d seen. With only one day’s notice and no family or friends nearby, as is the case with so many people facing poverty, I decided to take a chance on her.

I’ll never know what really happened that day because the girls were not quite 2 years old and not vocal yet. But when I returned home nearly eight hours later, the door to their room was shut. Their little fingers were sticking out beneath it, as if reaching for something. I opened it, and found my babies in an exhausted sleep on the floor of their bedroom, naked and diaperless. They hadn’t eaten all day. The sitter said they had refused any food and had cried the whole time I was gone. She locked them in their room because she didn’t know what else to do and couldn’t stand the sound of their crying. They had undressed themselves in despair. She had not once called to tell me about this, and when I phoned her to check in, she had said everything was fine.

While in my case “legitimate” childcare in the eyes of the state turned out to be more harmful to my children’s well being than Harrell’s free-range “choice,” the truth of the matter is that childcare is a struggle for anyone with limited means and options. Coming from a huge family in New England, I had never faced that reality before. There had always been some relative available to help. The crash had changed all that, and it opened my eyes to the reality many mothers face, where trying to carve a better life for their family (or even just putting food on the table) leaves them with little choice or time to find adequate, safe care for their children.

After the incident, I cried for a week straight. My kids, now nearly 6, have never again had a sitter who hasn’t trialed with me for a full week. I also turned down the job, and haven’t been away from my children for eight hours at a time again.

That’s because I decided to be a stay-at-home mom. This wasn’t a choice made out of excess or even desire. It was the most financially stable decision we could make at the time. I had been offered a job as a news anchor at the local station when we first arrived. The pay? $9 an hour (the salary for the job in Jacksonville wasn’t much better). I couldn’t believe it. I also couldn’t afford childcare for one baby off that salary, never mind two. I saved thousands of dollars a year by not working.

But I was lucky. I had that option. I have a husband who is employed full time—though we weren’t always so fortunate. Single mothers like Harrell have no money coming in if they don’t work. When they have no friends or family, and can’t afford a sitter, they have to get creative. If they don’t find fulltime work, some people will judge them, call them lazy, and assume they’re looking for handouts. If they work minimum wage jobs to make ends meet, they’re without health insurance or childcare benefits, and they can’t afford childcare off their meager salaries. And if they then can’t find childcare that fits the subjective level of appropriate supervision, the state takes the children away. At 9 years old, Harrell’s daughter was old enough to go to a park filled with other children and dozens of adults for the day. And a mother sending her there clearly felt she had no other option.

What this family needed was help, not punishment. While Harrell has since been released and reunited with her daughter, the Department of Social services is still obligated to investigate the case. McDonald’s has also terminated Harrell, according to her lawyer, leaving her without an income.

When these incidents arise, we need to stand up for the families, the individuals. We need to educate them about the programs there to assist them in times of need because those programs are not well advertised and the application process is murky and time-consuming. Harrell would have most definitely been eligible for childcare assistance. The guidelines vary by state, but in South Carolina, a parent must be working, in school or training, need a minimum of 15 hours or childcare a week, and–for a family of three, for example–make less than $2,200 a month.

Debra Harrell is trying to get out of the hole so many people rant about others lounging in. So why aren’t we letting her dig?

Correction: The original version of this post incorrectly included statistics for a different state. It has been corrected to include those in South Carolina.

Darlena Cunha is a mother of twins and a freelance writer for The Washington Post, Gainesville Sun and Gainesville and Ocala magazines. You can reach her @parentwin on Twitter. 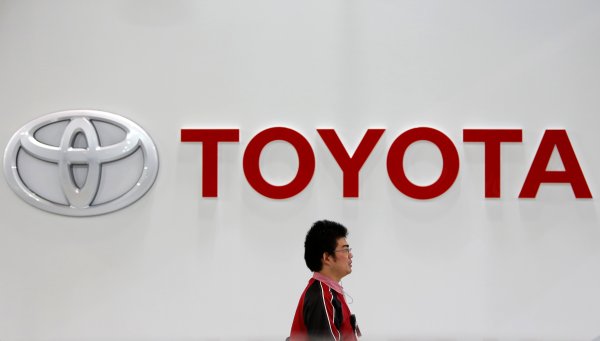 Toyota Adds Minivan Feature Designed to Keep Kids Quiet in the Backseat
Next Up: Editor's Pick