The chain will debut a massive vehicle, complete with a 16-foot rotating cannon to launch pizzas, at Comic-Con in San Diego, which takes place July 24-27.

Comic-Con goers, who probably owned the toy version seen below, will literally eat it up. Well, metaphorically eat it up. Unfortunately the launched pizzas will be fake. 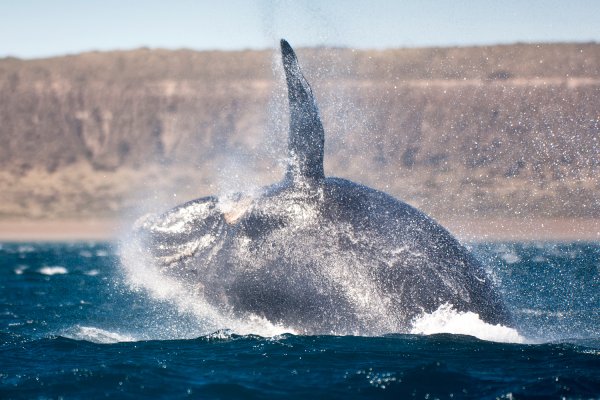 Whale Lifts Up Kayakers in This Absolutely Terrifying Video
Next Up: Editor's Pick