Kerry Lands in Israel in Attempt to Broker Cease-Fire

Kerry hopes to broker a deal for what the U.N. described as an “immediate cessation of hostilities” in the escalating war in Gaza. The bloodshed showed little sign of abating throughout Tuesday evening. The Israel Defense Forces reported 30 “terrorists” had been killed in the past 24 hours, while Hamas fired barrages of rockets back into Israel.

As of Wednesday morning, there were 650 Palestinian fatalities, of which 77% were civilians, according to the latest figures from the U.N. Office for the Coordination of Humanitarian Affairs (OCHA). At least 30 Israelis have been killed during the conflict, the majority of which are soldiers. Two Israeli soldiers were killed during Tuesday evening’s operations. An additional 135,000 Palestinians are currently displaced across the Gaza Strip.

The U.N.’s humanitarian chief came close to accusing Israel of perpetrating war crimes by taking insufficient care to avoid killing civilians. “There seems to be a strong possibility that international humanitarian law has been violated, in a manner that could amount to war crimes,” said Navi Pillay, High Commissioner for Human Rights.

“Every time Israel engages in an over-the-top reaction to assaults by Hamas, the more the people in Gaza rally around Hamas and become more sympathetic to it,” Lina Khatib, the director of the Carnegie Middle East Center, tells TIME. “When civilians are attacked by Israel, the sense of resentment amongst the population in Gaza grows and Hamas can capitalize on the sense of grievance.”

Despite the acceleration of diplomatic initiatives across the region, the conflict showed little sign of ebbing as of Wednesday.

Israel continues to support a cease-fire proposal tabled by Cairo earlier this month, but Hamas has refused to accept a truce until the crippling, seven-year blockade on the Strip is lifted.

In Tel Aviv on Tuesday, Prime Minister Benjamin Netanyahu reiterated Israel’s position to Ban Ki-moon and chided Hamas’ refusal to sign an agreement. “In the face of such wanton terrorism, no country could sit idly by,” said Netanyahu. “We did not seek this escalation, Mr. Secretary.”

Ban, who has been traveling across the Middle East for three days attempting to rally support for an armistice, remained unequivocal in his stance.

“My message to Palestinians and Israelis is the same: stop fighting, start talking and take on the root causes of the conflict so we are not back to the same situation in another six months or a year,” he said. “I urge you to demonstrate fortitude by exercising maximum restraint. Recovery and reconstruction are more needed than ever.” 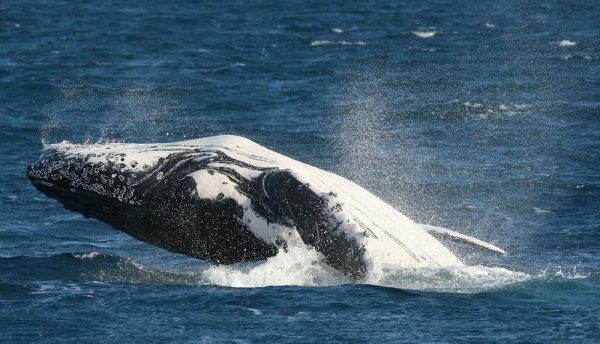 Whale Collisions Calls for Speed Limits
Next Up: Editor's Pick