The Immigrant Soldiers Dying for Israel in Gaza

The parents of Sergeant Max Steinberg grieve at his coffin during his funeral on July 23, 2014 in Jerusalem.
Ilia Yefimovich—Getty Images
By Ilene Prusher / Jerusalem

Max Steinberg was from Los Angeles. Nissim Sean Carmeli was from South Padre Island, Texas. Jordan Bensemhoun came to Israel on his own from Lyon, France.

Each of the young men left his country of origin to join the Israel Defense Forces (IDF), and each was killed in action this weekend in the Gaza Strip, where Israel is more than two weeks into Operation Protective Edge, a military campaign against the Palestinian militant group Hamas. That campaign incorporated a ground invasion as of Thursday night that Israeli leaders say is helping to destroy Hamas’ ability to fire rockets – some 2,160 of which have been fired toward Israel since the latest round of hostilities began July 7 – as well as a network of tunnels that burrow deep into Israeli territory, allowing militants to attack. However effective that strategy might be, it exposes Israel’s soldiers to a higher risk of injury and death than bombardment from afar. The campaign has so far left 29 Israeli soldiers dead, as well as some 650 Palestinians.

Sgt. Steinberg, 24, was buried Wednesday in a funeral in Jerusalem that attracted some 30,000 mourners, including his parents, who are taking their first trip to Israel to bury their son. He was what people in the organized American-Jewish community would consider an Israel success story. He came to Israel with his sister in 2012 on Birthright, a program which brings loosely affiliated Jews from around the world – the U.S. and Europe in particular – on a free 10-day trip to Israel. By the end of the program, he was smitten. After a short time back in the U.S., he decided to join the IDF, and lobbied his superiors to be placed in a combat unit. One of the good friends he met along the way was England-born Josh Grant, who like Steinberg, came here as what Israelis refer to as a “hayal boded,” or lone soldier.

“He was a jobnik for a few months,” says Grant, using the slightly derogatory Israeli slang for someone who has a desk job in the army, “but all he wanted to do was combat. They said no way, but he convinced them.” Grant, who moved to Israel on his own from the city of Birmingham in England shortly after high school, went through intensive Hebrew-language classes with Steinberg as well as a basic training program for soldiers who may not be native Israelis but still want to serve.

Steinberg had to have back surgery this year that forced him to take a few months off from his service, and he was behind the curve of many of his cohort when he came back. While others finished their service in June, he had been due to finish in November. Many of his closest army buddies returned to their home countries weeks ago and “felt guilty,” as one of them put it, for not being around for their fallen comrade. Steinberg himself planned to go back to the U.S. after he finished his service (a fact confirmed by Steinberg’s family) and didn’t have a long-term plan to move to Israel permanently.

“Just before the war started, we were out for the night, celebrating another friend who had finished,” Grant, who as an active combat engineer was not authorized to discuss his opinions about the war in Gaza, told TIME. “I can’t quite believe he’s gone. To lose a friend like Max is heartbreaking. But he didn’t have a boring life, he’s done something worthwhile.”

That desire to do something meaningful, it seems, is part of what motivates thousands of young Jewish people to come to Israel every year and volunteer for the army, many in the context of immigrating and trying to integrate into Israeli society. There are currently 5,100 immigrants from other countries who are serving in the IDF, says Oded Forer, the director general of Israel’s Ministry of Absorption. These soldiers get a small additional monthly stipend and other benefits, Forer tells TIME, to show they are valued and to help them survive without family support.

“We escort them towards their recruitment and help them afterwards,” Forer says, noting that his ministry dedicates 17 million shekels – close to $5 million – for that purpose every year. “We are an immigrant state at the end of the day, so naturally there will be situations like this. Everyone who is part of the people of Israel carries the burden of defending the country, and this has been part of the ethos since the founding of the state.”

Some 30 years ago, for example, Mike Meyerheim left New Jersey to come to Israel and serve in the IDF. His war was the one in Lebanon, starting with Israel’s invasion in 1982. Today he is the director of the Lone Soldier Center, which provides support to up to 6,000 soldiers, numbering among them immigrants and native-born Israelis with no family to rely on. In the past few weeks, they’ve been visiting soldiers on the Gaza border and providing them with things as mundane as clean socks, underwear and additional food. The Israeli army operates so close to home that many soldiers come back each weekend with a bag of laundry, expecting Mom to do it.

“We take care of people year round with the hope we don’t go to war, but when we’re in the situation that we’re in today, we do everything we can to make sure they’re safe and in good spirits,” Meyerheim told TIME.

One of the Lone Soldier Center’s volunteers, Nissim Slama, came to Israel 10 years ago from France, and found himself serving in what is referred to here as the Second Lebanon War, when Israel and Hizbollah went to war with each other in 2006. “The lone soldiers are paying a high price in Gaza for their motivation and dedication,” said Slama, who was on his way Tuesday to the funeral of Jordan Bensemhoun, the dual French-Israeli citizen, in the city of Ashkelon. “They come from abroad and want to defend Israel and ensure the state’s survival…but it’s always a harder life for them, being here without the usual level of family support.”

Bensemhoun came to Israel as a high school student and stayed on, leaving behind his family in southeastern France. He was recruited two years ago, and in February, posted a picture of his uniformed self on Facebook showing his wings and arm-patch of the elite Golani Brigades he had been inducted into, with the optimistic message: “I’ll be back in a few months!” 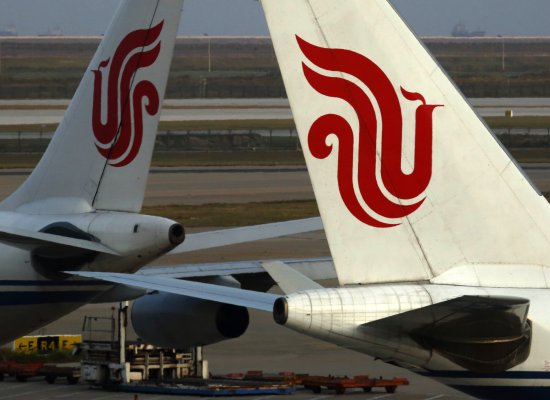 Think Your Flight Delays Are Bad? Try China
Next Up: Editor's Pick