Two new books promise young women the secrets to achieving their wildest dreams. Facebook exec Sheryl Sandberg’s upcoming Lean In for Graduates is a how-to guide for early 20-somethings hoping to get a head start on their careers. And Marry Smart by Susan Patton (widely known as the “Princeton Mom”) cautions women to focus on their love lives in college so that they can snag a “good” husband and have kids while they still can.

Sandberg and Patton have about as much in common as Kim Jung Un and Beyonce; one has become a feminist role model, the other is the second coming of Phyllis Schlafly. But if you listen closely, they’re both saying the same thing; whether we want a picket-fence family or a professional blastoff, recent graduates like me need to get cracking, because our biology means we may only have one shot at getting it right. Even “leaning in” is almost as much about preparing for a family as it is about winning at work; the idea is to get good enough, fast enough, that your career becomes childproof.

You could say that when it comes to advising women my age, both Sandberg and Patton have set their watches to Hurry Up Time. Now we don’t just have to be “twice as good to go half as far,” as novelist Fannie Hurst once said, we also have to be twice as fast. Men and cats have nine lives to get it right. Women have only one, so there’s no room for mistakes.

Patton is candid about a young woman’s need for speed when it comes to getting serious about her personal life: “Work will wait; your fertility won’t,” she said on the Today Show. “If you spend the first 10 years out of college focused entirely on building your career, when you finally get around to looking for a husband you’ll be in your 30s, competing with women in their 20s,” she cautioned young women in her Wall Street Journal op-ed. “If you want to have children, your biological clock will be ticking loud enough to ward off any potential suitors.”

Sandberg’s message is more subtle, but equally urgent. “There’s no question that the world moves faster today,” she writes in the introduction to the new Lean In for Graduates. “This means that grabbing opportunities is more important than ever.”

I should note that I fully subscribe to the “Lean In” movement that encourages women to commit to their careers and aim for leadership roles. But what’s left unsaid in that philosophy is the notion that much of “leaning in” is about gaining the clout to be able to lean out when you need to. High-powered executives like Yahoo CEO Marissa Mayer can demand an onsite nursery, in her case, or time off or a flexible schedule or any number of things a mom might want. Office administrative assistants or mid-level managers–not so much.

In a frequently quoted chapter of Lean In, “Don’t Leave Before You Leave,” Sandberg encourages women not to hold back at work just because they think they might have children. But the unstated implication is that women should “lean in” especially if they want to have children. The more valued you are at your company, the easier it is get the flexibility you need, and the more you want to return to work after your maternity leave. If your career is a marathon, you want to sprint as far as you can before you start dealing with the complexity of a family.

In other words, there is no room for dilly-dallying in the worlds of Susan Patton and Sheryl Sandberg. Like so much of what young women hear, their advice is punctuated by the persistent tick of the biological clock, thudding under the floorboards like a telltale heart.

And Patton and Sandberg aren’t the only ones out there giving well-meaning advice to my generation and the next one. Actress and writer Amy Poehler’s “Ask Amy” web series helps girls deal with pressing real-life problems. Publications like Cosmopolitan and The New York Times regularly publish roundups of the “best advice for young women in the workplace.” Memoir/polemics like Tina Fey’s 2011 Bossypants and Caitlin Moran’s 2012 How to Be a Woman are huge bestsellers.

But where is all the advice for young men? A quick Google search delivers only reprinted texts from the 1850s and a few choice nuggets from Ben Franklin. Young men aren’t warned about the perils of their future mistakes, or cautioned that one missed opportunity could leave them childless or unfulfilled. Instead, lots of men seem to be following the advice given to young tech entrepreneurs about how to build a good startup. “Fail early, fail fast, fail often” has become a mantra among the young Zuckerberg-wannabes of Silicon Valley. Or, as LinkedIn co-founder Reid Hoffman put it, “you jump off a cliff and you assemble an airplane on the way down.”

Maybe the need for deliberate planning comes from an assumption that women are on a different timeline, one that leaves no room for error, while men have room to experiment. They can go to Nepal for a few years, spend a few more years touring with their band, and then decide it’s time to start medical school at 30. (There are heroic women medical students who also have children, but that particular balancing act is a tough one.) Men can live with someone for a 15 years and then change their minds about marriage, or they can get married early, then divorce, then get married again at 50 and start a brand new family. For women, that’s almost biologically impossible.

In short, men have the luxury of time. Most women don’t. If you subscribe to the Patton/Sandberg model, then you think women have to make sure to get it right on the first try, which is why we need so much strategic advice.

The scary truth is that Sandberg and Patton are probably right. Women do have to plan more. Our mistakes do cost us more. It’s not fair, but it’s not wrong. And it’s making me sweat just to think about it.

So if you’re a millennial woman, you probably don’t have time to be reading pieces like this or books like theirs. Just get cracking. Love, Susan Patton and Sheryl Sandberg. 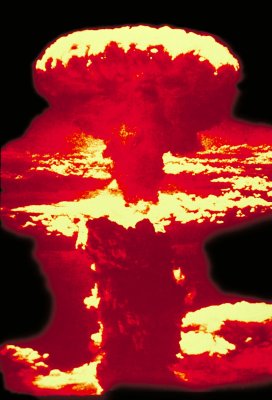 9 Great Things to Read in (Roughly) 9 Minutes
Next Up: Editor's Pick