Some people get drunk before they get a tattoo, but Lee Weir, a 27-year-old from New Zealand, gave up alcohol for a year while getting 41 tattoos of Homer Simpson in a sleeve on his arm—setting a Guinness World Record for the most tattoos of the same cartoon character on a single body.

The tattoo might also break a record for how many different versions of the same cartoon character it contains. Weir has Homer as a jack-in-the-box, the Grim Reaper, and a donut. There’s Homer as a baby, as an old man, and in a Hawaiian shirt.

Why Homer? Weir wasn’t allowed to watch the cartoon as a kid, but he “got into it at a later age” he told Australia’s Sunrise morning show. He considered getting tattoos of all the different Simpsons characters, but the process was too difficult. How do you choose who to include and who to leave out? Homer makes for “a great conversation starter,” he said. 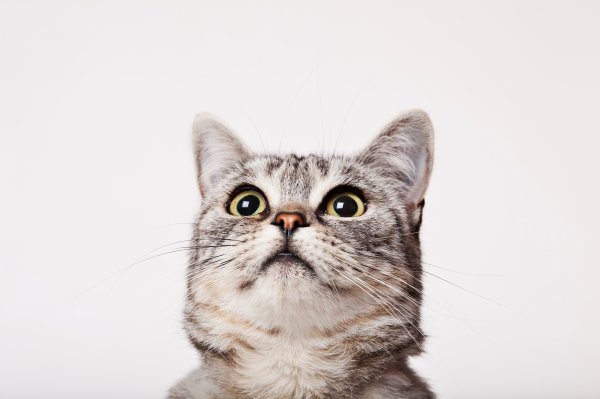 The Hottest New Exercise Equipment Is a Giant Hamster Wheel...for Cats
Next Up: Editor's Pick