In its recent quarterly results, Apple surprised people when it reported a dip in iPad sales. This was followed by a lot of hand-wringing by some industry observers and analysts, who suggested that overall tablet growth has slowed or even plateaued.

I don’t dispute that tablet growth has slowed, but I’m not at all as concerned as other analysts about the industry going forward. In fact, I think tablet sales will accelerate again soon.

We are at an inflection point with tablets. In many developed markets, PC penetration is high and smartphone penetration is high. The role of the tablet in between these two screens is not yet clear in the minds of many consumers. For example, today in most U.S. homes, the tablet is a communal device that members of a family access and share.

According to recent data we (Creative Strategies) gathered, over 50% of tablet owners indicate that they share the device with at least one other person. This dynamic has added to the tablet sales slowdown, along with a refresh cycle that’s closer to that of a PC than that of a smartphone. People don’t buy new tablets as often as they buy new phones.

Another interesting observation is that the bulk of tablet purchases in 2013 were in the seven- to eight-inch screen size. When you look at the growing size of smartphone screens, ranging all the way from four to six-and-a-half inches, then it begs the question as to why a small-screen tablet is better than a big-screen phone. My gut tells me that the growing screen sizes of smartphones have also played a role in slowing tablet sales.

But I don’t believe this will be the case for long. In reality, it’s hard to look at a one- or two-quarter slowdown and claim it as the new norm or a long-term trend. There are many dynamics at play with regard to tablets that look to set them up for more prime growth.

One is the trend of larger-screen phones I mentioned above. We believe that larger tablets, meaning those closer to 10 inches or larger, are primed to be a growth area. Since a great deal of smaller-screen tablets represent a large portion of the install base, it seems reasonable that larger screen tablets become more attractive, especially if someone already has a large-screen phone.

Look for this trend to play out on the business and enterprise side as well. From salespeople making both impromptu and formal one-on-one presentations, to managers working with documents and spreadsheets, bigger screens offer more value.

If this happens, we believe more consumers will see the value of the tablet as a legitimate PC replacement. Tablets have been largely supplemental to PCs up to this point, part of the reason being because smaller tablets are not viable PC replacements. However, data point after data point suggests to us that once consumers get their hands on larger tablets, they begin seeing their value as a primary computing devices.

The other dynamic that could bring tablet growth back is connectivity. To date, most tablets purchased are W-Fi-only models. However, we believe this may all be about to change. Carriers are looking to make tablets a growth area for themselves, and we hear that there’s interest to either heavily subsidize tablets or even move to an installment plan model.

What this means is that for very little to no upfront cost, consumers will be able to get a connected tablet from their carrier and just pay a small fee per month for the hardware and the data plan. Carriers looking to do aggressive bundles with hardware tied to their services is a major trend we see coming.

For IT managers, this could mean even more consumers wanting to bring their tablets to work. More importantly, these tablets that would be connected at all times, not just while on Wi-Fi.

If we are right and there is a trend moving toward larger, connected tablets, then a new opportunity for hardware and software companies may be shaping up, along with new use cases for enterprise users.

Tablet sales may be leveling off in the short term, but to say their growth has peaked is way off target.

Bajarin is a principal at Creative Strategies Inc., a technology industry analysis and market intelligence firm in Silicon Valley. He contributes to the Big Picture opinion column that appears here every week. 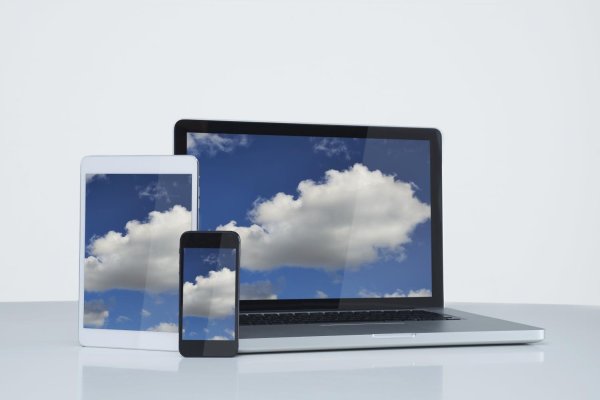