$23.6 Billion Lawsuit Winner to Big Tobacco: "Are You Awake Now?"

Cynthia Robinson with her attorneys Willie Gary (left) and Christopher Chestnut (right) as she speaks during an interview on July 21, 2014 in New York City.
Bebeto Matthews—AP
By Alexandra Sifferlin

“Are you awake now? Do you hear what the jury is saying? You have to stop,” Cynthia Robinson wants to tell the tobacco industry. The Florida widow recently won a $23.6 billion lawsuit against tobacco company R.J. Reynolds, one of the largest recent judgments on the industry, and in an interview with TIME, she says she hopes they listen to the jury’s message.

Robinson’s husband Michael Johnson died in 1996 at age of 36 from lung cancer, and in her lawsuit against R.J. Reynolds, she and her attorneys argued that the company was aware that cigarettes were addictive and caused lung cancer, but was negligent in telling smokers like Johnson about those risks.

Johnson got hooked on cigarettes when he was just 13-years-old, and eventually smoked up to three packs a day, often lighting his next cigarette with the burning end of the one he just finished. “He was a quiet person. He read the Bible every day, he took the kids swimming, he mowed the yards of all the elderly neighbors,” Robinson says. He was diagnosed with lung cancer in 1995 and lived for almost a year in constant pain. “The pain [from the cancer] was always there. When you’re on oxygen and you have to step outside for a cigarette, you can’t stop. You’re addicted.”

Johnson tried multiple times to stop smoking with no success. During one of her husband’s hospital visits, Robinson knew something was wrong when he began sweating and one of his eyes started to droop. The doctor said he would live for only a couple of months, but he survived for 10 more months. “He suffocated and died for so long, it was awful,” says Robinson, recalling how hard it was for her husband to breathe in the months before his death.

The day Johnson died, he could not stop coughing up blood. His brother tried to hold him up, and Robinson wanted to get him into an ambulance, but his mother told her that he was already gone. “The blood was everywhere, it was awful. Only 36 years old and he was already gone,” says Robinson.

Ten years later Robinson filled her lawsuit. It’s one of many Florida lawsuits referred to as an “Engle progeny,” stemming from a 2000 $145 billion verdict in a class action suit led Dr. Howard A. Engle, a Miami Beach pediatrician who smoked, and eventually died of chronic obstructive pulmonary disease. The case was overturned in appeals court, and it was ruled that smokers could not make up a class. But the Engle case established that the tobacco industry had deceived Americans, by knowingly putting addictive and cancerous products on the market, and paved the way for thousands of individual Florida cases to take on Big Tobacco. On Friday July 18, Robinson did, and won her bittersweet victory.

“It was justice. It was time, and it had been a long time,” Robinson says. “I thought, oh my God, we did it. We may have to keep fighting, and will. It’s for Michael, and anyone who lost their lives to lung cancer. There are thousands right now dying of lung cancer. Michael died so young, he missed graduations and weddings.”

“We expected every dime and more,” says Robinson’s attorney Willie E Gary. “Johnson started smoking when he was a teen. How aware of the risks can you be at that age? But [the tobacco industry] would market and target kids. To this day they are going after our youth, stuffing their pockets. It’s all about the profits and it’s nothing about the health and safety of the people.”

As TIME reported earlier this week, R.J. Reynolds plans to appeal, and based on the industry’s track record with lawsuits, the damages will likely be lowered. Gary isn’t deterred: ” We expect to win. Winning is not about getting everything that you want. We know that we made a difference.”

It’s small consolation for losing her husband, but Robinson is satisfied that her time, effort, and daily prayers were enough to topple Goliath, at least in court last Friday. “We had to go all the way no matter how many years it took. Life has been lost,” she says. For the thousands of other pending lawsuits, she urges plaintiffs to persevere. “Don’t give up no matter how much they try to discourage and belittle you, you fight them to the very end, and you’ll succeed,” she says. 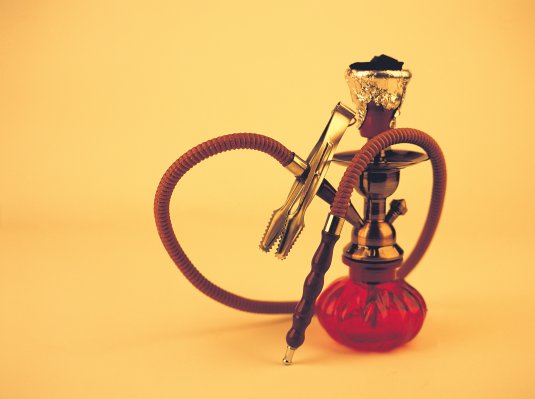