Learning to Read Does Not End in Fourth Grade

Probably not, but researchers have long believed that it probably happened some time during fourth grade. That’s when, they thought, word-processing tended to become more automatic and less deliberate, and you started to read to learn, as opposed to learning to read.

But a new study published in the journal Developmental Science questions that assumption, showing that children are still learning to read past fourth and even fifth grade. The shift to automatic word-processing, in which the brain recognizes whether a group of symbols constitutes a word within milliseconds, allowing fluid reading that helps the reader focus on the content of the text rather than on the words, may occur later than previously thought.

To test when this process develops, researchers fitted 96 college, third, fourth and fifth grade students with electrode caps to scan their brains as they were shown on a screen real words, fake words, strings of letters and strings of random symbols.

The third-, fourth- and fifth-graders processed real words, fake words, and letter strings similarly to the college students, showing that some automatic word-processing begins as early as third grade. But only the college students processed the meaningless symbols differently from actual words—which suggests that brain activity in the three groups of young children remained the same whether they were processing real words or not. While they showed some signs of automatic word processing, or no longer exerting effort to read, for the most part the younger children still treated familiar and unfamiliar words in the same way.

However, when the researchers switched to a written test, which presumably gave the participants the more time to think about the distinctions, all groups scored above 95 percent, showing that with some effort, or when their conscious brains were involved, the children also realized the difference between real and fake words.

That suggests that for the young children, the processing wasn’t automatic just yet. Study author Donna Coch, associate professor of education at Dartmouth, says that it’s not that fourth graders can’t read well, but rather they aren’t quite as efficient as adults at reading.

“You have a limited amount of resources, and if you’re using them on words that could not be words in your language, that’s taking up resources that could be used in word processing,” says Coch. “If you don’t have to put in effort to sound out words, you can pay more attention to understanding.”

So if fourth-graders aren’t quite reading to learn, then when does the shift toward more complete automatic word-processing occur? According to Coch, that probably happens some time between fifth grade and college—a period she says that hasn’t been studied.

For now, the results strongly suggest that reading skills need to continue to be nurtured during that period. “This certainly does suggest that teachers beyond fourth grade are still teachers of reading,” says Coch. 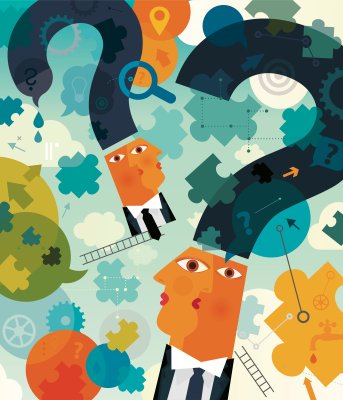 Want to Learn a Language? Don't Try So Hard
Next Up: Editor's Pick