Russian Television Under Spotlight After Malaysia Airlines Crash in Ukraine

Employees of RT prepare for a visit from Russian President Vladimir Putin in Moscow on June 11, 2013.
Yuri Kochetkov—AP
By Alex Altman

The decision seemed to make sense at the time. Firth had just earned a postgraduate diploma in investigative journalism when she was offered a role as on-air-correspondent for RT, a Russian television network that is broadcast for foreign audiences in English, Spanish and Arabic. The gig came with an attractive salary, vibrant colleagues and the chance to report big stories in global hotspots. Firth had ambition, a sense of adventure, and a fascination with Russia. She took the job.

Founded in 2005, RT is billed as a counterweight to the bias of Western media outlets. In reality, the broadcast outlet is an unofficial house organ for President Vladimir Putin’s government. Under the guise of journalistic inquiry, it produces agitprop funded by the Russian state, and beams it around the world to nearly 650 million people in more than 100 countries. RT is Russia’s “propaganda bullhorn,” U.S. Secretary of State John Kerry said recently, “deployed to promote President Putin’s fantasy about what is playing out on the ground.”

Firth was no dupe. She knew the politics of her paymasters. “We are lying every single day at RT,” she explained Monday afternoon in a phone interview from England. “There are a million different ways to lie, and I really learned that at RT.”

Since a Malaysian jetliner crashed in a wheat field in eastern Ukraine last week, RT’s pro-Putin packaging has been exposed in grim detail. In the aftermath of the tragedy, which killed all 298 souls on board, the outlet—like the rest of Russian state media—has seemed as if it were reporting on an entirely different crime. As the international media published reports indicating the plane was shot down by pro-Russian separatists, RT has suggested Ukraine was responsible, cast Moscow as a scapegoat and bemoaned the insensitivity of outlets focusing on the geopolitical consequences of the crime.

For Firth, the coverage was the last straw. She announced her resignation on July 18, as her employer broadcast a flurry of reports that read more like Kremlin press releases. She described a five-year fight to uphold the principles of journalistic integrity in a place where every reporting assignment comes with a “brief” outlining the story’s conclusion. “It’s mass information manipulation,” she says. “They have a very clear idea in their mind of what they’re trying to prove.”

RT is neither the first nor the only outlet that exists to serve the state rather than its citizens. Nearly every major country has a thriving state-sponsored media. (The U.S. funds media organizations like Voice of America and Radio Free Asia that target foreign populations through the Broadcasting Board of Governors.) In Russia, the domestic media have long been lapdogs, and reporters who bite their masters sometimes turn up dead. “The media in Russia are expected to be mouthpieces for power,” says Sarah Oates, a professor of journalism at the University of Maryland who studies the Russian media. “RT follows this model. They’ll mix a little bit of reality with a little bit of smearing, and they’ll steer the viewer into questioning things.”

RT’s motto is “Question More,” which sounds like a worthy credo. In practice, it arranges those questions to light the way to specific answers. The formula is well-honed. RT hires young, telegenic correspondents who speak fluent English and believe, as Firth does, that a flawed media ecosystem benefits when broadcasters challenge the dominant narrative. And it pays them lavishly to report from far-flung battlefields or its gleaming studios. “They want you to be on air looking young, looking sexy, looking fresh. Being a bit quirky,” says Firth. “They’re after impact. They don’t mind too much about the fact checking.”

In the aftermath of the crash last week, the RT machine kicked into overdrive, churning out a steady stream of strange reports. In an effort to implicitly assign blame on the Ukrainians, it noted the proximity of Putin’s own plane. It quoted a Russian defense ministry source asking why a Ukrainian air force jet was detected nearby. And it quoted another anonymous Russian official, who volunteered the juicy claim that a Ukrainian anti-aircraft missile was operational in the vicinity at the time of the incident. This is how RT works, explains Firth: by arranging facts to fit a fantasy.

“What they do is a very smart, slick way of manipulating reality,” she says. “In Ukraine, you’re taking a very small part of a much wider story, totally omitted the context of the story, and so what you wind up with on air is outright misinformation.”

Sometimes the end result is anything but slick. In March, a group of alumni and students from the Mohyla School of Journalism in Kiev, along with associated journalists, launched a fact-checking site to chronicle false reporting about the Ukrainian crisis. The site, Stopfake.org, features a long menu of whoppers from Russian media. Among the most egregious, the group’s founder told TIME, is the case of a blond actress who has cropped up in different roles over the course of conflict. The actress, Maria Tsypko, has been interviewed on state TV and identified as separatist camp organizer in Odessa, a political refugee in Sevastopol and an election monitor in Crimea, according to the site. The only thing that never changes is her affection for Mother Russia.

These outlandish flubs are a problem for the Russian propaganda effort, which forks out millions to cloak spin as truth-telling. It’s hard to maintain the illusion when the audience can see the strings and wires behind the scenes. “It’s been a particularly effective means of propaganda, and a very effective voice for the Russian state,” says Oates. “But if you’re going to engage in propaganda, you have to do it well. They have completely embarrassed themselves.”

RT did not respond to an interview request from TIME. According to Firth, you can reliably glean management’s perspective from the opinions they allow their employees to parrot. Many, Firth says, are like herself: committed journalists who thought they could persevere and take advantage of the opportunity to report important stories, the goals of their bosses notwithstanding.

“For five years, you’re kind of fighting against this—and with your colleagues you’re rolling your eyes and making jokes,” she says. “The worst-kept secret is that RT is blatant propaganda. I’m one in a very long line of people who have left for the same reason. Everyone has their breaking point. I wish I had done it sooner. But I didn’t.” 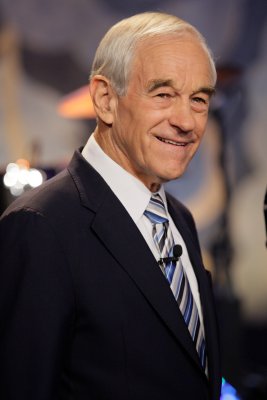 Obama Contends With Congressional Backseat Drivers on Ukraine
Next Up: Editor's Pick