There Are Second Acts After All—Even for Spacecraft

When the Kepler space telescope malfunctioned last spring, it looked as though its incredibly successful planet-hunting mission might be over—and NASA made that sad fact official a few months later. To find planets around distant stars, Kepler needed to keep its gaze fixed unerringly on a single patch of sky, month after month, with no wavering. The breakdown of the second of its four reaction wheels, however, which had kept the satellite precisely aimed since it reached orbit in 2009, made it impossible to continue its work.

But while the original Kepler mission is kaput, engineers have found a way to return their spacecraft to the planet-hunting game—and to study such esoteric cosmic beasts as giant black holes, exploding stars and dark energy in the bargain. “The science,” says Kepler project scientist Steve Howell, “is much better than we thought possible last summer. We’re really, really excited.”

Kepler’s reincarnation, known as the K2 mission, still has to be approved by NASA headquarters, in a process known as Senior Review; the final decision probably won’t come until May. But if K2 doesn’t make the cut, it won’t be for lack of human ingenuity—at least on the part of the designers, who, the moment the spacecraft broke down, began thinking hard about what else it might be able to accomplish.

(MORE: Why Dust is the Most Important Stuff in the Cosmos)

Maybe it could be used to search for asteroids, for example, or to look for stars exploding in the gigantic blasts known as supernovas. “We called for ideas from the scientific community,” says Kepler Deputy Project Manager Charlie Sobeck, “but also from the engineering community, asking how we could best point Kepler with just two reaction wheels.” They got scores of responses from both groups, and, says Sobeck, “came up with the most compelling mission we could.”

What the engineers realized was that they could improve Kepler’s stability by aligning it with the particles of solar wind that stream constantly from the Sun. “It’s like a rowboat pointing upstream,” says Sobeck. It’s not perfectly stable—the boat, or the spacecraft, will eventually swing around. But it takes only gentle adjustments to correct that drift, and the two remaining reaction wheels are powerful enough to make those tweaks.

Pointing upwind means Kepler can look only out in the direction of the ecliptic—the apparent path of the Sun through the sky during the year (it’s where the constellations of the Zodiac sit), though of course the telescope will always point directly away from the Sun. While the original Kepler field of view lies outside the ecliptic, there are plenty of stars, with plenty of planets to discover, in Kepler’s new, ever-changing field.

Not only that: most of Kepler’s earlier target stars were dim and distant; in the new field of view there will be plenty of bright, relatively nearby ones, which makes it easier to do followup studies of whatever planets the probe does find. That’s the rationale behind a newly approved mission known as the Transiting Exoplanet Survey Satellite, or TESS. But TESS won’t launch until 2017, so K2 could get a head start on that project.

K2 will also study the stars themselves—especially star clusters, important because they contain many stars of different types that are exactly the same age. That makes them perfect laboratories for understanding the stellar aging process. The Pleiades cluster, for example, familiar to even the most casual stargazer, will be smack in K2’s crosshairs.

At other times, Kepler will find itself pointing at fields of view containing tens of thousands of galaxies. Some of those galaxies will vary in brightness, as the black holes at their cores swallow meals of gas and belch out high-energy flashes of light; others will flare with the exploding stars known as supernovas. The latter are interesting all by themselves, but they’re also useful as signposts that gauge cosmic distances—signposts that first clued astronomers into the existence of the dark energy that pervades the universe.

In principle, K2 could track these supernovas from the first few hours after their initial explosion, which could help theorists figure out exactly how bright, and exactly how far away, they are. “The original Kepler mission actually saw some supernovas,” says Howell, and the observations were vastly better than anything ever seen from ground-based telescopes.

There’s no guarantee that K2 will pass NASA’s Senior Review, especially since the agency is also ruling on whether to continue funding projects involving the Hubble and Spitzer and other space observatories, so K2 has competition. Two years ago, however, Kepler was up for a mission extension against some of those other 800-lb. gorillas, and got the nod. “They could say no,” says Howell, “but we’re very hopeful.” 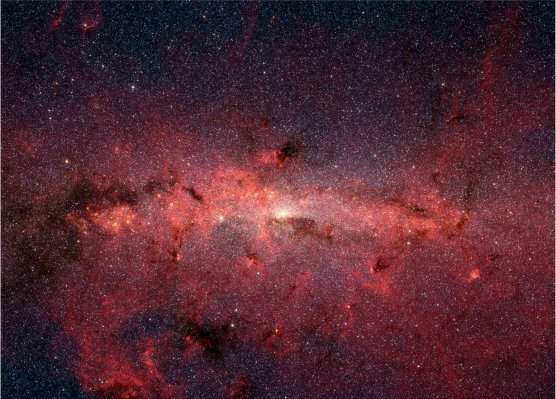 Unknown Force Kicks Stars Out of Milky Way. Really.
Next Up: Editor's Pick