Being a YouTube star doesn’t actually pay all that well. Just ask Jack Conte, a singer and musician who has scored viral hits mashing up Pharrell songs and stripping down pop hits like Beyonce’s “Single Ladies” as one half of the indie rock duo Pomplamoose. Between the group and his solo work, Conte says his videos can rack up as many as four million views each month on the video sharing site. But all those eyeballs do little for Conte’s bottom line—in a good month, he collects $400 in advertising revenue from YouTube.

After a particularly elaborate music video involving singing robots on a handmade replica of the Millennium Falcon earned him just a few hundred dollars, Conte realized that there had to be a better way to earn money online. He wanted what he calls a “quality driven Web,” or a space where artists could make money based on the passion of their fanbases rather than trying to lure millions of mildly interested passersby by “going viral.”

His solution was Patreon, a new crowdfunding platform that helps creators earn revenue from their most ardent fans on an ongoing basis. Unlike Kickstarter, where inventors and creative types solicit money from users in a month-long campaign frenzy, Patreon asks users to pay creators each time they produce a new work. That could be a music video, a web comic any other kind of creative project. As on Kickstarter, patrons are given varying prizes based on how much they donate.

The unusual funding model creates a new dynamic between creators and fans. It’s not as much about crafting one brilliant idea and marketing it well but rather building and sustaining an audience over the long term. The idea of individual fans supporting artists on such a granular basis might seem anachronistic in an age where YouTube has helped make media more accessible, but Conte believes people are still willing to pay for art. “Patronage is a very old phenomenon that’s occurred in people and in society for thousands of years,” he says. “It stems from an emotional response to someone’s art. It’s a feeling of responsibility and importance and a desire to be a part of what they’re making.”

Since launching in May 2013, Patreon has attracted 25,000 creators who are requesting funding for everything from science fiction short stories to Minecraft raps to video game reviews. So far patrons have paid more than $2 million for creative works on the site, with $1 million of that coming in just the last two months. The most popular creators can earn close to $10,000 per project on the site.

Molly Lewis, a ukulele player with a small but devout following on YouTube, believes Patreon could eventually become her primary revenue source as an artist. She’s currently convinced more than 400 fans to pledge $2,600 total for each new song she makes, more than double her original funding goal. To attract donations, she promises exclusives like videos of live shows and personalized limericks written for hardcore fans. “It’s kind of like a fan club,” she says. “The money they spend goes directly into my buying food and making more music. They can see their dollars at work in a way that you can’t really when you go to a Katy Perry show or something.”

This desire to get an inside track on the creation of a new project has already helped Kickstarter pull in more than $1 billion in pledges from people around the world. Experts believe the Patreon model can also reach massive scale since it’s appealing to both creators and their fans. ““Here you can evaluate the quality of output over time and then decide whether you want to continue subscribing or not,” says Anindya Ghose, a professor of information, operation and management sciences at New York University who also studies crowdfunding. “It’s a very positive self-reinforcing cycle where people give small amounts of money, which incentivizes artists to do a better job, which then leads people to give more money more frequently.”

Plenty of obstacles remain for the still-nascent startup. It’s not yet clear just how long people will be willing to continually support a single artist’s work—Ghose points out that a few popular creators pumping out subpar work simply to collect a check could sour new users on the platform. More worrying could be YouTube’s entrance into the donations space. The video giant launched a virtual tip jar of its own recently as a response to ongoing gripes that it’s hard to earn money directly on the site. For now, Conte contends that Patreon’s features differentiates it from YouTube’s less robust offering, while YouTube has expressed support for crowdfunding platforms like Patreon and Kickstarter.

Silicon Valley, at least, believes in Patreon’s future. The startup closed a $15 million round of venture funding in June which included leading venture capitalist Danny Rimer and Alexis Ohanian, one of the co-founders of Reddit. The money will allow the company to launch a mobile app and open an office in San Francisco instead of working out of the two-bedroom apartment where Conte and co-founder Sam Yam live.

As Patreon grows, Conte promises that it will remain focused on creators’ interests. The currently unprofitable company charges a 5% commission on all donations, and Conte vows the fee won’t increase in the future (Kickstarter and YouTube charge the same amount). Though he’s now a CEO, he’s still a creator at heart—Conte has 1,300 patrons of his own paying more than $5,000 for each new video he makes. He envisions a future where every creative person isn’t a starving artist or a pop megastar. There’s room in the middle for artists, too, and people will pay for their work because, as Conte says, “Everybody wants to be able to enjoy beautiful things.” 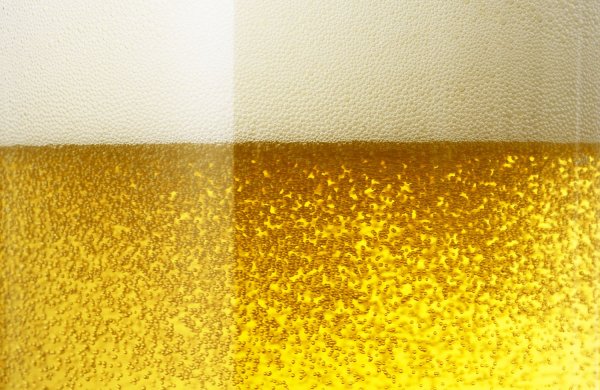 Now There Are Instant Coffee Pods for Beer
Next Up: Editor's Pick